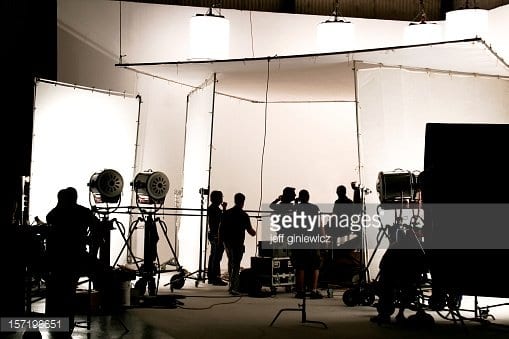 The world of showbiz is a stressful one. We step into this so called world of ‘entertainment’ but actually every time a camera rolls, there are many careers and insane amount of money that is at stake. The business of film making is an amalgamation of creative expression, lots of cash and elephantine egos – a substantial recipe of disaster at its best. In my career of working for films in various capacities, there are a few things that I have always kept in mind in order to survive out there and not lose my soul at the same time.

Let’s face it, the film industry was a man’s world and continues to remain so. Hence, in order to survive and excel in this industry, a woman should first master the art of thinking and acting in a manner that will help you excel in this industry. Having the audacity to use swear words in front of an entire film crew should not be a difficult task. If a man lecherously checks a woman out, she should be stern enough to give it back straight in his face. Men in the industry often tend to take advantage of women who are docile so it is imperative that a woman learns to take charge, break all the stereotypes and stands for herself. This also helps in bringing out the best work from fellow co-workers and getting the work done in a disciplined way.

Money plays a big game in all walks of life. The womenfolk are already less in number in the world of showbiz and can be easily outnumbered. The work environment is more challenging compared to any other field as it requires a lot of physical work as well. A woman is ready to take up these challenges despite all odds and hence she should not be scared of asking for the payment she deserves. Producers often pay less in the guise of giving a big work opportunity for working on a film that has a big canvas but the one thing to be kept in mind is that an opportunity is given to anybody on the basis of credentials and past experience. A big opportunity does not make the amount of work to be done any lesser.

It is always useful to possess the ability of thinking from both male and female perspectives efficiently . This makes it easy for a woman to come up with quick, innovative and proactive solutions which can help the team look good and capable. A woman tends to bring in more discipline at work and is often hired for these reasons. Women are good at breaking the ice between crew members which further helps in having a healthy team and a strong work relationship which does not let the work stagnate at any stage.

A woman in the Production side of films often gets to carry the “big stick”. She has a command over almost every aspect of the film making process and the Producers look upon her to make sure the film completes in time and in the assigned budgets. The crew looks up to her for leadership. In such scenarios, one should never abuse this power and make anybody’s life miserable by being abusive or egotistical. She should be able to work along with her crew and bring them all together as a team. After all, the crew knows who is in charge. One doesn’t have to flaunt it.

A film crew consists of strict hierarchy. Direction team, Production team and the DOP team form the “triumvirate” of any movie set. These are the people in charge. A woman could be working in any of these teams and more often than not could be the only woman in the team. Being the only one does not call for any special treatment or free respect. She should always respect the rank and authority that is given to her and prove her worth through the sophistication that she can bring to the work with her innovativeness and various other capabilities. A healthy ego is necessary but self-importance, definitely not!!!

Siddhi Pujara is a media professional and works as an Executive Producer for films. Her career spans from Bollywood to Kollywood and she has also worked for the Hindi Feature film, ‘Happy New Year’. She is a film enthusiast and takes a keen interest in writing as well. She is currently residing in Chennai and divides her time between producing Tamil feature films, writing & photography. She can be reached at siddhi.7@gmail.com