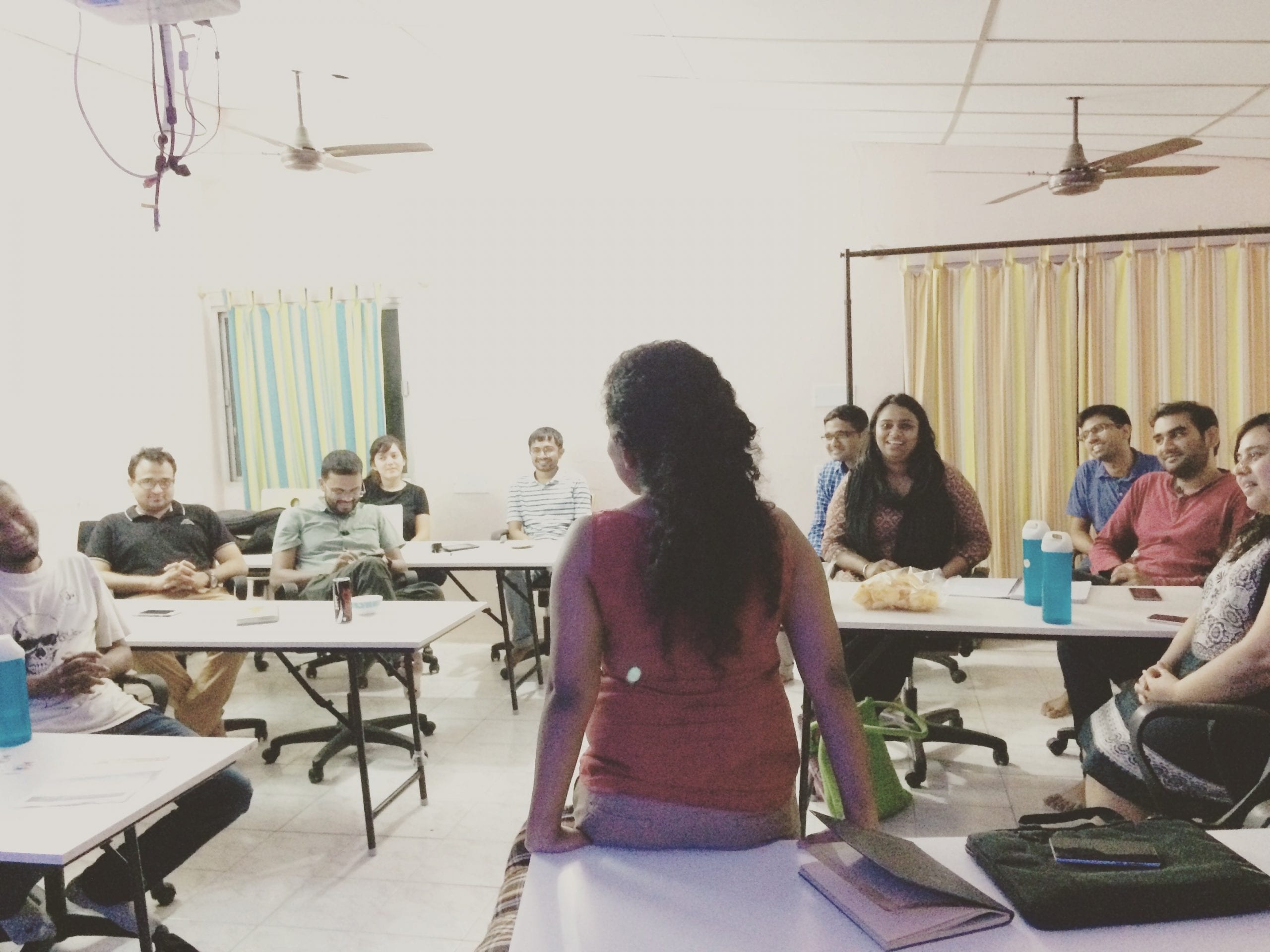 Techies; the misfits, the geeks, the nerds, the un-wired ones are making the future right now or so it seems. Techies have the power to change the narratives and ensure that more people from different groups are represented in this conversations. In an era where Artificial Intelligence (AI) and Virtual Reality (VR) would be the next big truth, how do we make sure that this future is inclusive and reflective of everyone’s realities? What is the language that is being used to create this new brave world? Who are these people, and is it true that some people are being left out? Is there space for care and inclusion?

Hidden Pockets in an attempt towards creating inclusive spaces, conducted a talk on existing Bro Code within the workspaces. In an attempt to check the existing biases within tech workspaces, we conducted a workshop to channel conversations between people who use technology in different capacities.

The conversations ranged from different understandings around gender, and how it manifests in participants life. Most of the participants were people who considered themselves as tech makers in some capacity and had generally a very positive approach towards technology. They were aware of some of the inherent biases that tend to get reflected in some of the tech products.

Jasmine Lovely George, trainer from Hidden Pockets played a game to understand the inherent biases to help participants realize some of the unconscious bases held by all of us. The game led to some interesting discoveries. It was interesting to see that there was a very limited understanding of gender in workspaces and there was tendency to assume that individuals acted without any gender expectations within work culture. There was also specific mention of  the fact that genders could be more than two genders, and there was a need to make spaces more accessible for people belonging to different genders.

There was a section around technology products and their usage. There was a tendency to see solutions in technology and approach problems through technology lens only. Sruthi Krishnan, from Fields of Views  discussed their research studies around lack of efficiency of panic buttons and safety applications in responding to crisis situations. Someone else also discussed the usage of Food delivery applications to reduce wastage.

With the rising need to make different spaces inclusive, it is becoming of exceedingly important to have these conversations and question ideas that are inherently present in our minds due to various reasons – environment, family, friends, education and others. Are these ideas valid and fair towards all? How can we change them? Hidden Pockets aims to tackle these issues of gender and sexual diversity in workspaces and would be hosting a lot more workshops and talks to keep raising this disparity and continue these conversations to have a more meaningful engagement with technology. If you are interested in having a workshop in your organisation, write to aisha@vipasyin.io