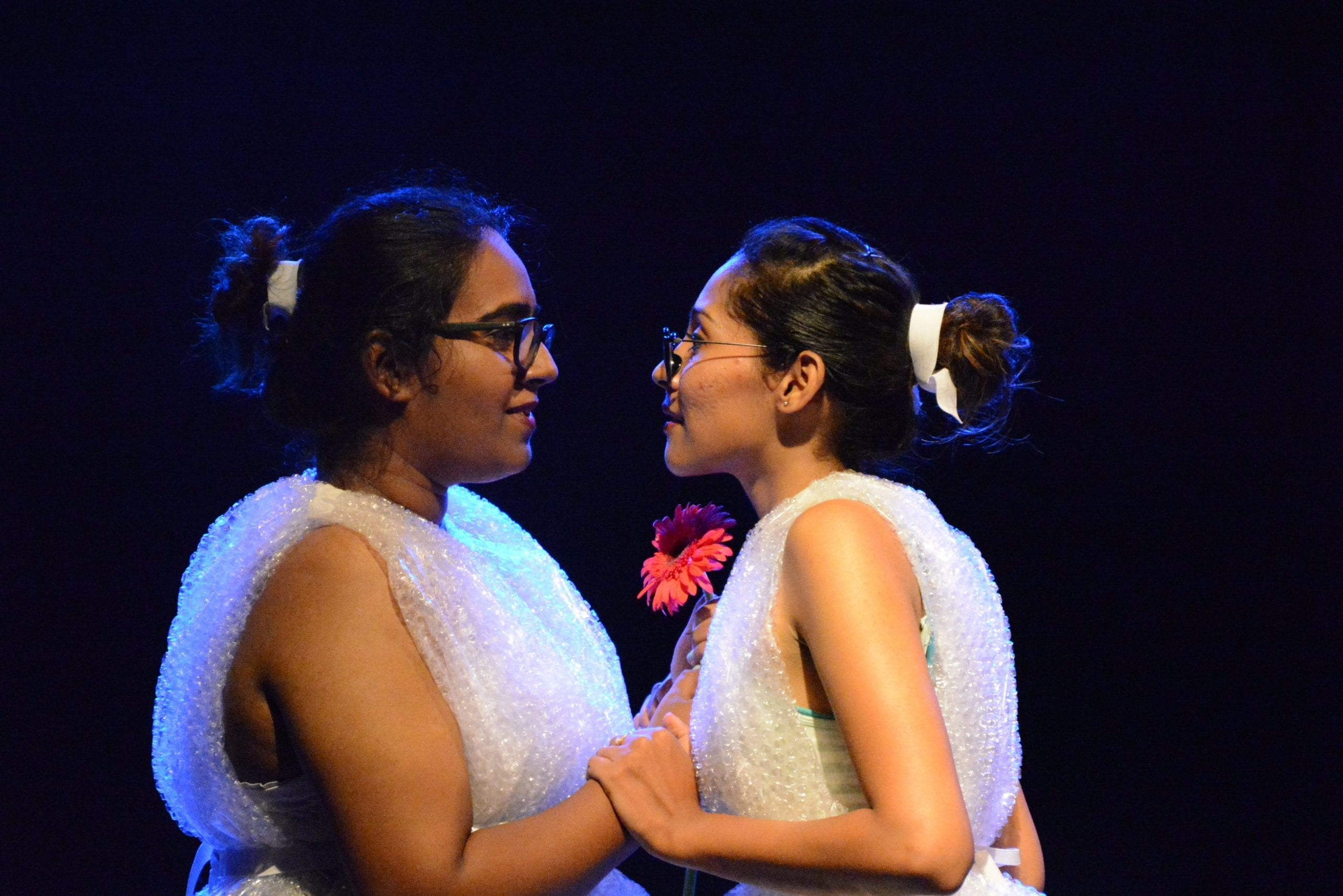 July has been an exciting month for theatre enthusiasts in Chennai, leaving one spoilt for choice. With the Short and Sweet Theatre Festival, and several exciting plays happening in other parts of the city, it is indeed warming to see that the art of storytelling through the medium of theatre being received well.

It is a chance to transport the audience to another world for a few minutes, make them laugh, emote, sympathize, reflect on their choices, provide a visual treat, or convey some deep hitting tough messages. From the platter of diverse variety offered to you, there is something for everyone to love! The sheer diversity of themes, mode used to get across the concept will somehow find its way to strike that chord in your heart.

And I suddenly became aware of the responsibility when such a strong platform is used to convey a message. This is not from a critical perspective or a review of anything, but rather the general musings of a theatre lover. After all it is a reflection of life as it is or maybe the life we hope to see. I recently saw ‘The Birdcage’ at The Museum Theatre which is based on an American movie by the same name. It tells the story of a gay couple Armaan and his partner Alfie who own a drag nightclub in Chennai. They are forced to pretend to be a normal heterosexual couple when their son plans to marry and brings home his fiancé’s parents. Hysteric situational comedy ensues for the next 2 hours.

It is pretty bold to introduce the premise of a plot with a gay couple, having the plot revolve around their love, insecurities, quirks and the situational humour merely through two gay people who try to un-gay for a day. I have to admit that maybe a way for the society to become more progressive is to include the vastly (and conveniently) ignored LGBTQIA+ community into the mainstream entertainment. Maybe as more people include this in their work of art it might slowly sink in that ~2.5 Million people (and probably more) identify as LGBT and this in turn might make people more sensitive about the struggle it takes to live with a different sexuality in India.

On the other hand, it stings a little when the whole idea is reduced to a mere joke. Looking at a chubby effeminate man prancing around trying to walk and talk like a “real heterosexual man” makes the audience burst into peals of laughter. Of course, one might argue that certain humour has that inherent tinge of sadism – in the same way a person tripping down evokes laughter.

But when the struggles are very much real and leads to possible ostracization, is looking for tact and sensitivity too much to ask for? This raises a very interesting question on how to portray certain themes. Maybe the intentions could lean more towards pure entertainment and not much of a social message. Can we expect the mass audience who laughed at effeminate Alfie in the ‘situational comedy’ of the play to suddenly switch to a sensitive humane mode when we come across a real-life Alfie?

Though Chennai’s theatre has been open to LGBTQIA+ issues before, it took a different turn with this year’s Short and Sweet Theatre festival. My concerns were partly addressed by the Short and Sweet Theatre festival.  I saw a lot of these issues being tackled with the right mix of sensitivity, pain, humour, powerful and memorable performances. Some of my favourites being “Under the microscope” which was an expositional dialog on what it means to explore love and sexuality beyond what is accepted by evolution. This made us smile, reflect on the conversations and just stay with the characters while they eventually fall in love with each other. “Gunapathy” was one of the best performances I have seen till date where you empathize with the person who was physically separated from the body they should have been born with, when nobody wants to acknowledge his form instead attack him from all sides. “Naramugai – Aval Oru Aruveruppu” took us into the psyche of transgenders, the raw reality of their challenges in a way that moves you. “Man in Me” took us through the mental perils faced by a woman trapped in a man’s body and her journey of self-acceptance through dance. There were many more brilliant plays across various genres.

I am truly excited by the possibilities theatre as a medium has to create an impact alongside mainstream entertainment. The power of a story should not be undermined! With the last week to go, I can’t wait to see the other performances lined up. If you are yet to get into the world of theatre, you should catch the remaining few days of Short + Sweet festival in Chennai and see for yourself the magic of theatre!

Editor’s note: The writer of this piece chose to remain anonymous. However, since Hidden Pockets was in conversation with Short & Sweet Theatre festival to cover the LGBTQIA+ themed plays staged during the edition, we chose to use the images shared by the organisers.