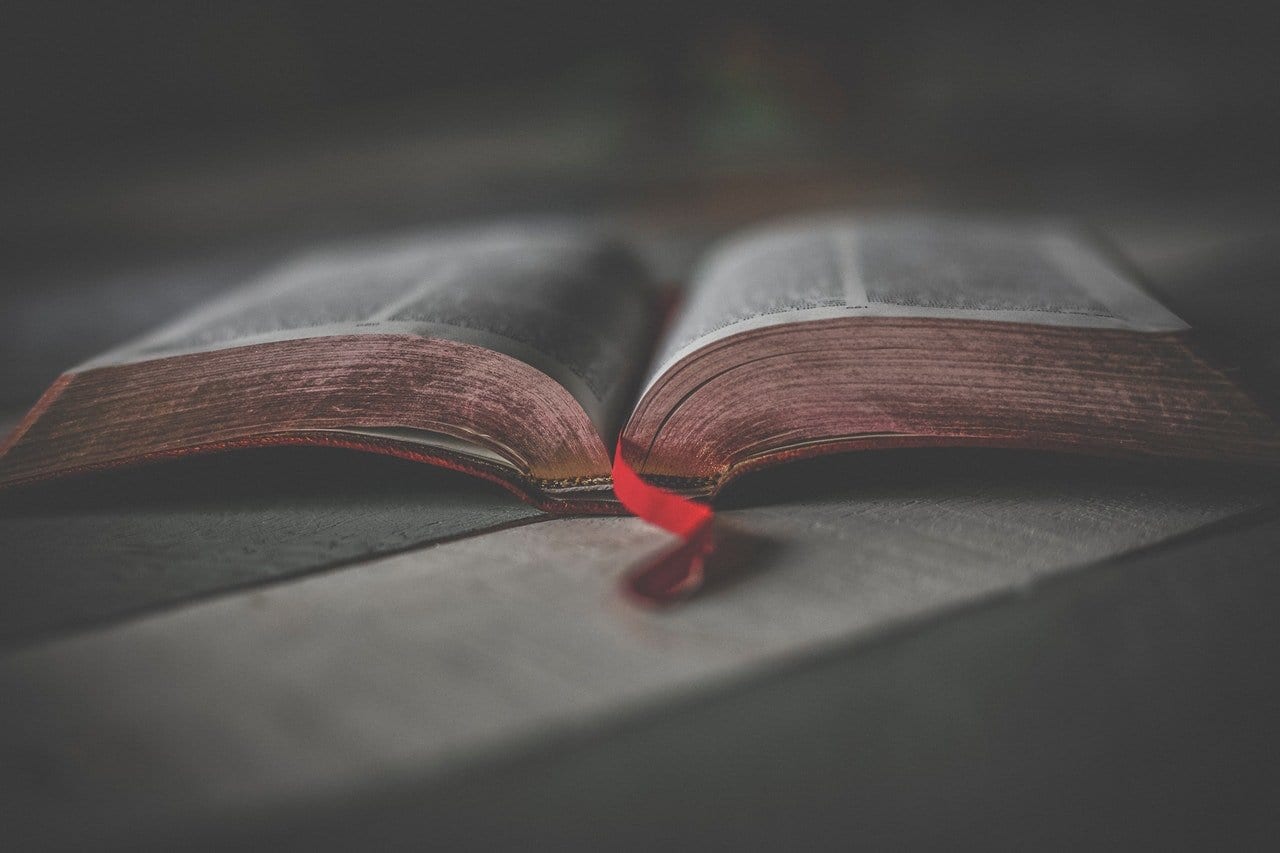 The recent historic Supreme Court judgement declaring privacy as a fundamental right had commented on the right to sexual orientation. Members of LGBTQIA+ community across the country have been celebrating this monumental judgement as a ray of hope with respect to Section 377 that criminalises the act of homosexual intercourse.

However it is worth questioning the idea of privacy with respect to the transgender lives. The need to question this idea arises from the need to normalize their lives. In a way to include them, normalizing their lives, the Supreme Court of India acknowledged transgender as the third gender in India in its NALSA Vs.Union of India verdict in 2014. In this verdict, the Supreme Court had given directives for inclusion of transgender person including economic inclusion with reservation in public appointments and educational institutions treating them as socially and educationally backward classes of citizens (Directive 3). What happened to the directives given in the NALSA judgement 2014 by the Supreme Court? How many states have implemented all the directives issued by the Supreme Court of India? It is not clear if all Indian states have implemented these directives. There seems to be a need for a situational assessment and analysis of the implementation of these directives by the Indian states.

NALSA Vs. Union of India 2014 verdict and its implementation

It is worth noting that the Government of India has passed five centrally sponsored social welfare schemes for transgender community. This is in accordance with the directives given by the Supreme Court in 2014 (Directive 7).

Apart from these, India has many other social welfare schemes. However, these schemes do not specifically mention the needs of gender and sexual minorities, notes Pawan Dhall, Gender and Sexuality Activist, Varta Trust.

Though theoretically there are no barriers for the adoption of these schemes by the transgender community the practice of it remains fraught with many barriers. Section 377 of the Indian Penal Code criminalises only a certain kind of sexual behavior and does not criminalise personal identification with any sexual orientation: self-identification as being gay or lesbian, is technically not supposed to deny anyone access to any social welfare schemes.Yet in practice, he notes there are barriers like:

The process to change gender and name of any individual continues to be a complex one. To identify as a woman or transgender, the person is required to make an affidavit, publish it in the gazette and then advertise in newspapers. This continues to be a deduced method of having gender and name of an individual changed considering that there is no set directive in place for this process.

“Some officials and judges understand, others refuse. There’s no guarantee. It doesn’t matter what the Supreme Court judgement says unless the officials see some directive or order of their department in their hand. They are not moved by the (NALSA) judgement,” notes Dhall speaking about the awareness levels among government officials regarding transgender inclusion in the country.

A national consultation was organised to understand the status of economic and social inclusion of Gender and Sexual Minorities in India. National Consultation on Economic Inclusion of Gender and Sexual Minorities in India organized by All Manipur Nupi Maanbi Association, Empowering Trans Ability – Manipur, SAATHII, Varta Trust and Sussex Social Science Impact Fund, University of Sussex, UK in August 2017 saw reports from representatives of different organisations and the transgender community about different initiatives undertaken in the different Indian states for social and economic inclusion of the transgender community and the gaps in its implementation.

Having worked in the states of Rajasthan, Orissa and North Eastern states on existing schemes inclusive of marginalized population with HIV – sex workers, trans individuals, MSM, SAATHII,a non-governmental organization noted that the barrier seems to be about people’s awareness about their eligibility. There seems to be a drop in the percentage of people who finally access the schemes compared to the people with access to this information. The percentage of people accessing schemes drops drastically due to the lack of correct documents required to avail schemes. Social stigma is also a concern for many who are aware yet unable to access schemes

Orissa: The state of Orissa seems to have introduced a comprehensive list of reforms for the transgender community. This includes online form for change of name and gender, inclusion in housing scheme: Biju Palla Ghar Yojana, transgender people coverage under the BPL category, and introduction of the centrally sponsored umbrella schemes, among others. However, there seem to be some challenges in the implementation of these reforms. Most of these reforms are available for transwomen but not transmen due to lack of awareness. There is lack of clarity about the inclusion of transmen under transgender in the Transgender policy introduced by the state, noted SAATHII. With respect to the online form for name and gender change, the person is expected to submit their photo, before and after transitioning. This contradicts with self-identification as being transgender without a surgery as mentioned in the NALSA judgement of 2014. A person may identify as being transgender and not choose transition.

Kerala: Sharing about the developments from the state of Kerala, a representative from the transgender community in Kerala said that the transgender policy hasn’t been implemented yet. However, the policy has included a justice board at both the district and state level. The board is to be formed by the collector, with representatives from law, education, medical and all other departments. A transman and transwomen need to be a member in each of these district boards. But in reality, finding a transman in all districts may be a challenge owing to the number of transmen who are out-of-the-closet about their gender identity. Once reviewed by the board, a gender certificate will be issued and other documents can be also changed accordingly. Though the policy came out in 2015, government officials seem to be unaware of the NALSA judgement and the Transgender policy. Gazette implementation has also not been tackled yet. Workplace inclusion has also not happened yet. It is worth noting that the Kochi metro had appointed 20 transgender employees in June 2017. However, about a third of them quit the job due to lack of social acceptance. That said, the Kerala government plans to issue a book explaining gender and sexual minorities to all government offices and departments to create awareness. The Kerala government is also looking to remove Section 377 from the state based on the recommendations of Mr Shashi Tharoor.

Tamil Nadu: Members of the transgender community who participated in the consultation noted that the Aravani Welfare board was setup in 2008. ID cards and free surgeries were offered. But the quality of surgery being done seems to be bad. Penetrative level of transitioning for transwomen has not been available. However, it seems that the board has been non-functioning since 2013. Transwomen have more access to the government schemes than transmen. There is still a lack of awareness with respect to transmen. Some trans rights activists have been working on it for transmen but transmen aren’t agreeable with coming out as transmen due to social stigma. Officials are allowing access to these schemes only for those who are willing to come out. There have been loan initiatives for transgender persons. Some private colleges are offering to provide them with college education and pay their fee. With respect to transitioning, the breast implant surgery is done for free for transwomen if they provide the silicon implant for the surgery. With respect to new identification documents after transitioning there seems to be a challenge. Community members seem to act as gatekeepers. It is the transwomen who are the gatekeepers and they decide who gets an ID. “Whoever becomes the chella of the transwoman and joins the jama, get the support of the gatekeeper to get ID cards or surgeries,” noted a transgender community member speaking about the situation in Tamil Nadu.

Manipur: A study was conducted between August 2016-2017 – Sussex Social Science Impact Fund: Gender and Sexual Minorities Economic Inclusion Advocacy Project, to understand the economic and social inclusion of Gender and Sexual Minorities (GSM) community in Manipur. Two sensitization workshops were organized with 14 entrepreneurs and social enterprise leaders based in Manipur on gender, sexuality, elements of economic inclusion, model organizational policies and employment good practices. Entrepreneurs have come forth to offer employment opportunities to the GSM community members. Community leaders plan to follow up with these entrepreneurs to create opportunities for the community members. Efforts are also being taken to share information about these employment opportunities on an online portal, Rainbow Manipur blog for easy dissemination. Department of Information and Public Relations (DIPR) will include transgender people as trainee twice a year in their training programmes.

Developments in other Indian states:

Though attempts have been made to implement the NALSA directives, there have huge gaps and inconsistencies even among other Indian states, apart from the states discussed during the national consultation.

Interestingly, the states of Meghalya and Nagaland are yet to give transgenders legal recognition. It is also not clear if all states have made any progress with respect to the NALSA judgement implementation.

Need for situational analysis of the status of NALSA judgement implementation

Additionally, the NDA government seems to have dropped plans to recognise transgender persons as the ‘third gender’ in the country’s labour law framework, reports The Hindu. The report notes that the Law Ministry will not be including transgender workers in all four labour codes in the pretext that transgenders fall within the definition of person in the General Clauses Act of 1897.What then happens to the NALSA judgement? It is interesting that the Labour Ministry should refuse to acknowledge transgender persons in labour law framework when a ruling government MP has criticized the draft Transgender Bill for not recognizing or addressing important civil rights such as marriage and divorce for transgender persons. In July 2017, the report by the Standing Committee on Social Justice and Empowerment headed by Ramesh Bias, a BJP MP criticized the draft Transgender Bill. Other contradictions also seem to be present with respect to the rights of Transgender persons. While the directives in the NALSA judgement of 2014 provides for self-identification as being transgender, the draft Transgender Bill 2016 has no provision for self-identification as has been permitted by NALSA judgement. What then will ensure uniform accountability across states? What is the government doing to ensure accountability? Will just a Transgender Bill suffice? What about bridging the existing gaps and making different spaces open and accessible to transgender persons? Inclusion cannot be ensured with just a law though a legal framework provides a legitimate backing.