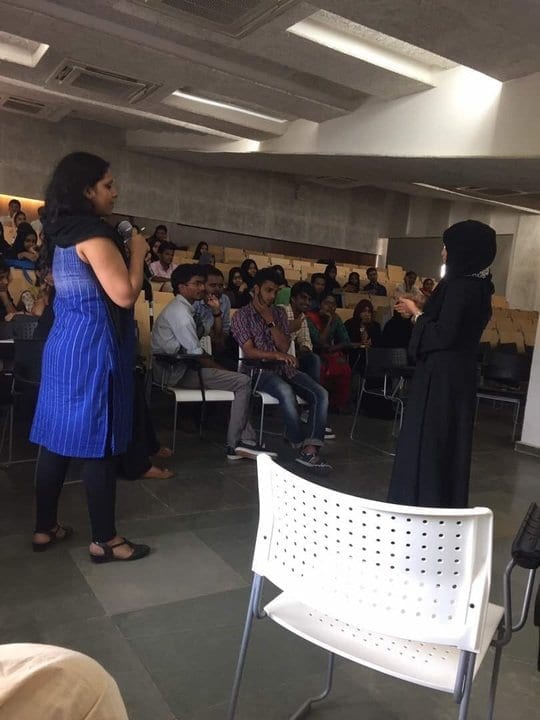 What classifies a person as a user of a technology? Does that classification include gender? Do designers of different technologies work on designs that take into consideration the requirements of users from different genders? Which gender do different apps or products and even technologies resonate with? Is there a predominant gender that is taken into consideration and others that aren’t? How do we understand the difference?

As an organisation working on inclusion in different spaces, Hidden Pockets has also been working in the area of technology to find the answer to these questions and others in a way to make technologies and the space of technology inclusive for all. Peeling one layer after another in search of answers, we realised that inclusive thinking is one that is often to given to as a fundamental concept in our system of education.

On 13th May 2017 Hidden Pockets was invited by FSMK (Free Software Movement Karnataka) to conduct a workshop on ‘Gender Sensitization’ for the students of Bearys Institute of Technology, Mangalore.  The day started with session on free software, how to think like a computer scientist and was followed by a workshop on ‘Gender Sensitization’. FMSK sees a need to have conversations around issue of gender and how this gets manifested in technology spaces as well. Being an organisation working on diversity and inclusion, we at, Hidden Pockets, were more than excited to be part of this initiative and bring conversations around gender in a technology space. Aisha Lovely George conducted the training on behalf of Hidden Pockets. The purpose of the talk was to sensitize students of different technologies about the need to look technology from several perspectives going beyond one in a way to make it usable for diverse groups of users. 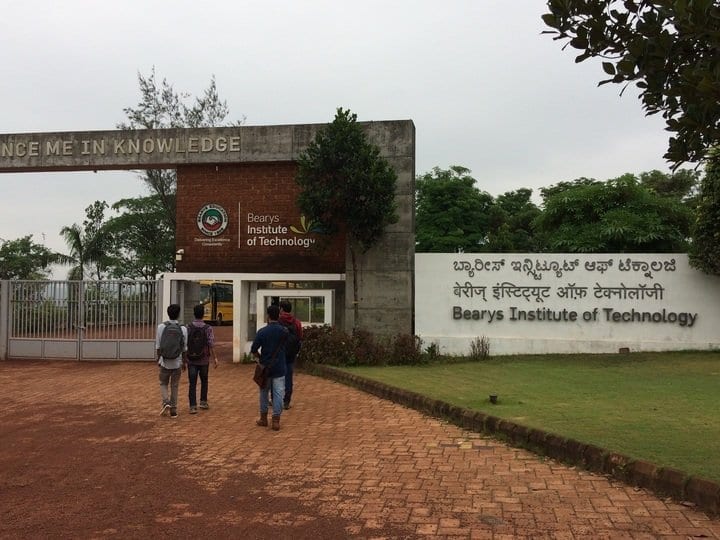 It is important to understand the builders, architects, designers come with their lived-in experiences, knowledge and other influences into what they build. It is important to work with students from diverse backgrounds in a way to bring them all to a neutral ground. This, in no way, is an easy task. However, setting some common fool-proof grounds and rules could help them in looking at their product in a more unbiased manner.

In this case, more than 90% of the students were from the Muslim community. The room had a clear gender based segregation and seating arrangement with girls on one side and boys on the other side. The girls were giggling and keeping the answers to themselves and guys confidently answered all the questions. Initially, we asked the students to change their seating arrangements as we realised girls and boys were seated separately. We later mixed them into groups for some of our activities.

Nardhini S, a members of FSMK insisted on giving communication a place of vital importance. Then there was a small session on why it is important to understand the concept of gender when it comes to tech, a talk on why it is important to respect all. How can one holistically understand making of tech apps for all genders? These and many more such questions were explored during this session in an attempt to open newer perspectives to these students.  Emphasis was given on how to respect each other’s space, views and most important gender. The session was concluded with a gentle reminder about the responsibilities of the students to be inclusive of all, especially as the creators, inventors and makers of tomorrow. 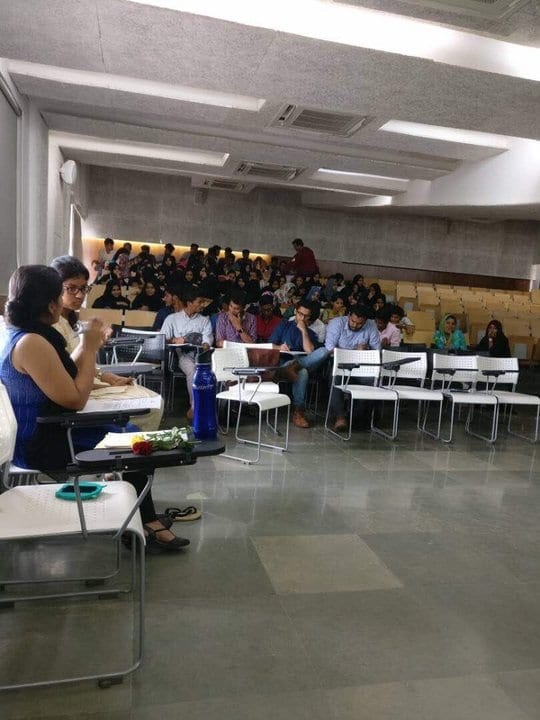 Would you like a gender sensitisation workshop in your workplace or education institution? Write to us at aisha.george@vipasyin.io. We’d be happy to help!