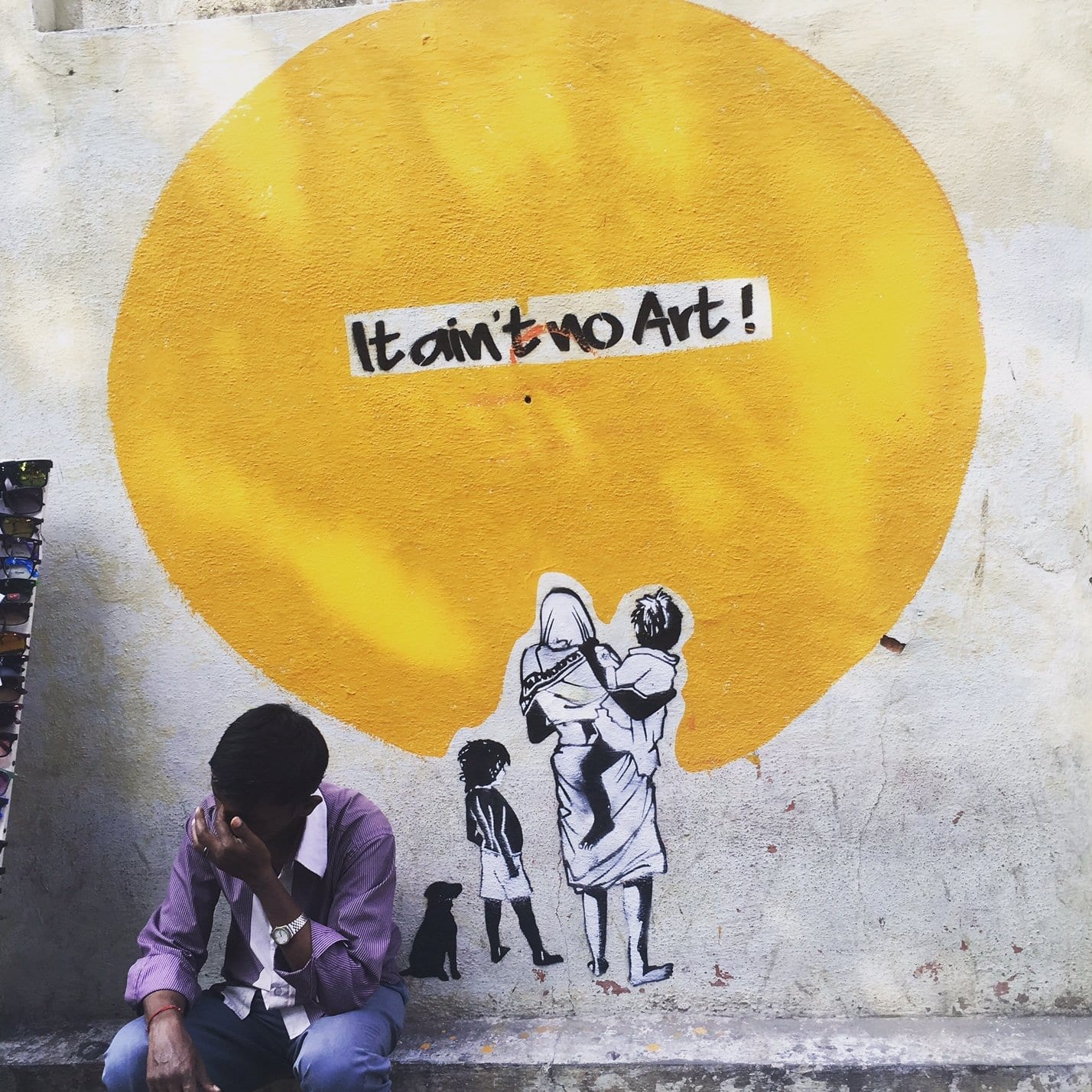 Long before I ever knew that I would be one day calling Bangalore home, I vaguely associated the city with primarily three things: its India’s Silicon Valley moniker, legendary weather, and gardens. I had visited the city once when I was ten years old and en route to a rain-soaked vacation to Ooty; what I most distinctly remember about that trip was visiting what then appeared to be a glitzy Kids Kemp store meters away from the hotel we stayed in at the time. In a curious example of life turning full circle, this same store happens to be located in close proximity to my present home in Bangalore.

Bangalore only started to become more real and tangible to me after I met my husband, a Bangalore boy; the stories he narrated of himself were inevitably intertwined with that of the city and expanded my previously limited perceptions of it. I found myself pausing and reading more about the city wherever I encountered it, whether it was in a blog or an article or a photograph. Nevertheless, during my first few visits to the city, I was a migratory bird, knowing that I was in permanent transit, staying only for so long before returning to my home in a different country and continent at the time. It was only after I came to live here in January this year that I started to make a conscious effort to befriend and claim for my own the city and its space.

How does a city metamorphose into a home from earlier having been just a handful of memories and vague associations though? Perhaps, when you marry one of its inhabitants and acquire the keys to their storehouse of memories. Living in the city now meant that the cafes or streets or restaurants my husband had previously mentioned in his stories were no longer alien to me; as we drove through the streets of Bangalore, they vivified, enlivened by the incidents and events that took place there and which he narrated to me. They truly were memory minefields, as Suketu Mehta brilliantly describes the memory spots in his city, Mumbai in his seminal book, Maximum City: Mumbai Lost and Found. I realised that I was now colonising that world which my husband had once inhabited and now reviving and reliving for me through the memories he was sharing; I was effectively voyaging through Bangalore via his map of memories.

While I was happy to wander through the bylanes of those memories, I was eager to layer them with mine too, creating my own map of memories, those spaces where I could find and access pleasure, as he had done. Yet, that endeavor was fraught with a little hesitation as I grappled with the idea of searching for my pleasure pockets on my own in an unfamiliar city. I found myself gravitating towards one of the first places that I had visited as a bonafide Bangalore resident: the new Blossoms bookstore on Church Street. An avid reader, my husband had told me that he had often found and bought many rare books in this legendary secondhand bookstore and I subsequently read many articles and posts celebrating this veritable Bangalore institution. Thanks to online book shopping, I rarely found myself browsing through bookstores anymore these days; yet, when I first stepped inside the new Blossoms store, I delightedly lost myself in the shelves and shelves of books, savoring the musty story-laden old books smell which I had last inhaled as a postgraduate at university while sitting and researching in its ancient libraries.

Even though I claim that I am not a ritualistic person, the truth is that I love forming and sustaining rituals; they add structure, texture, and shape to my memories, carving out shelves where I can place my memories. Going to Blossoms, buying a bagful of books, and sitting down with a drink in the Matteo cafe below demarcates the borders of my first pleasure pocket in the city. If the weather permits, I sit outside, simultaneously indulging in people-watching and briefly skimming through each of the books I have purchased. This is a sort of space which I have never accessed or taken pleasure in before. I previously read my books at home because that’s how I had always read them; I didn’t know any other way. Reading them in a public space was something new and exciting to me.

Ever since I have started visiting it, Church Street has been in the thick of extensive renovation and digging up; the street is in some state of disrepair, making it difficult for the stream of people and vehicles to access it. Yet, this is the only Church Street I know. I enjoy glimpsing the street art that envelops many a wall and building over there. My fascination with street art began when I moved to Pittsburgh, United States; it was the first time I was enjoying such unadulterated access to public space and that access also included engaging with the numerous examples of vibrant street art I encountered there. By the time I arrived in India in August 2014 and shortly moved to Delhi afterwards, the street art scene there was exploding in neighborhoods such as Shahpur Jat and Lodhi Colony; it was one of the few spaces in Delhi that I felt comfortable and secure accessing and photographing without constantly being conscious that I was a woman happening to do so.

I experienced that similar and simultaneous feeling of comfort, security, and enjoyment while walking through the vibrant and vital space that I personally have found Church Street to be. The walls bloom multiple avatars of street art; the MG Metro Station is covered in fantastical iridescent creatures while an irreverent street artist cheekily pokes fun at the street art culture itself in several examples in the area. The street’s character constantly evolves as you continue walking down it. There are new shops and old shops, new restaurants and old restaurants. There is an old abandoned house where grows a heavily laden jackfruit and richly flowering hibiscus trees in its garden; its thick bush of bougainvillea turns the walls fuchsia in the afternoon light above neon posters pasted on a metal container. As an amateur photographer who particularly loves to capture the urban space, I always find something new to discover and photograph in Church Street. It is a street which I have claimed for myself, a street which I will take guests visiting Bangalore and include them in my ritual of accessing and befriending Bangalore.

With time, I know that I will find more pleasure pockets in Bangalore; yet this space will always remain special for me for the sheer pleasure I derive from exploring this confluence of art, books, and architecture and knowing it was my first memorable interaction with the city that is my new home.

Priyanka Sacheti is an independent writer based in Bangalore. She has been published in numerous publications with a special focus on art, gender, diaspora, and identity and currently an editor at Mashallah News. An author of three poetry volumes, she’s currently working on a novella. She also explores the intersection of her writing and photography at her blog: http://iamjustavisualperson.blogspot.com/ and instagram: @iamjustavisualperson.