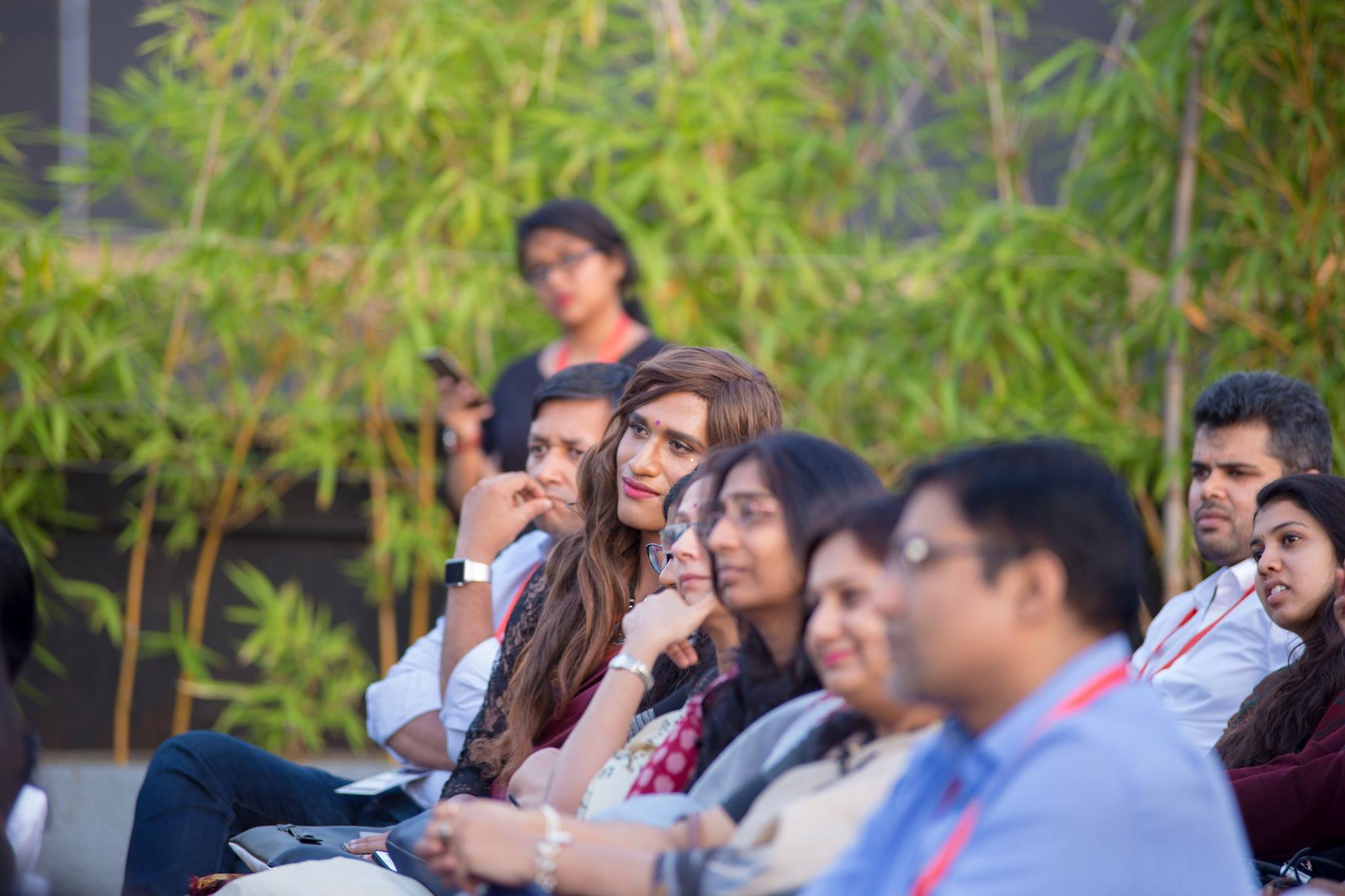 “Alex Mathew, is a young person, from a conservative background in Kerala. He struggled with his identity. He struggled with reconciling to his true self with the expectations of how a 25-year- old boy should ‘be’. One day he put on his mother’s saree, a simple cotton white saree and found his inner voice. He found Mayamma – his avatar. As Mayamma, he performs on stage here in Bangalore. She is a drag queen, a malayali woman who stands for individualism , feminism and gender equality. Mayamma in her beautiful sarees, gives us all the chance to see Alex as he sees himself. And it’s truly amazing.”

Those were the words of Ally Matthan at the TEDx Bangalore Women in October 2016. Hearing this moved me. It moved me enough to give a pat on my back, saying “Well, done. Alex! You have finally arrived”. It is definitely an achievement compared to the struggles that I have had to face especially the teasing I had to face and the depression of not achieving my dream.

I may have reached a stage of becoming a known face. But, all I wanted to do was to inspire people. That’s been my goal since I was a child. I am so eternally grateful to Ally Matthan for choosing my story out of all the stories in the talk. The moment you realize you are special is the moment I want to freeze forever.

Let’s rewind back to September 2014! That was when I convinced my Amma about wearing her saree to perform as a Indian drag queen. She was reluctant. But, I convinced her to give her saree and blouse. I always wanted the character that I make to be like my mother. No matter what, others said or what they thought, I knew wearing saree which is elegantly draped. It always made heads turn.

I could easily be a drag queen who wears dresses. But, I chose sarees because I wanted to celebrate the beauty of being an Indian woman. I wasn’t just sharing my story. I was carrying my mother’s legacy and elegance to the world. Maya’s elegance is from my Amma. It’s that simple. Ally’s talk meant a lot to me. I wish my mother was there to watch it. But, she hasn’t opened up to the idea of watching me perform as yet.

I started performing drag because I felt stagnated as a theatre performer and a singer. I had chosen a vent to release my creativity. Creating a character isn’t a cake walk. I had to do a lot of research to see if the character will work. It was a risk that I was willing to take for the rest of my life and it was a brilliant risk. It brought out my true self and made me come out of the closet. Above all, I wasn’t conscious about myself anymore. The joy of performing drag can’t be written in words. It has to be experienced by each one, individually.

During the initial days of performing in drag, my eyes got glued to a campaign known as the 100 saree pact which was started by Ally Matthan. It was a pact for women to wear sarees for 100 days. I was so intrigued and inquisitive about the pact that I reached out to Ally. She was very kind and welcoming about my story. So, I started to use the hash tag ‘#100sareepact’ for all the pictures that I posted. I felt good that the issues that Mayamma and the campaign stood for were the same. 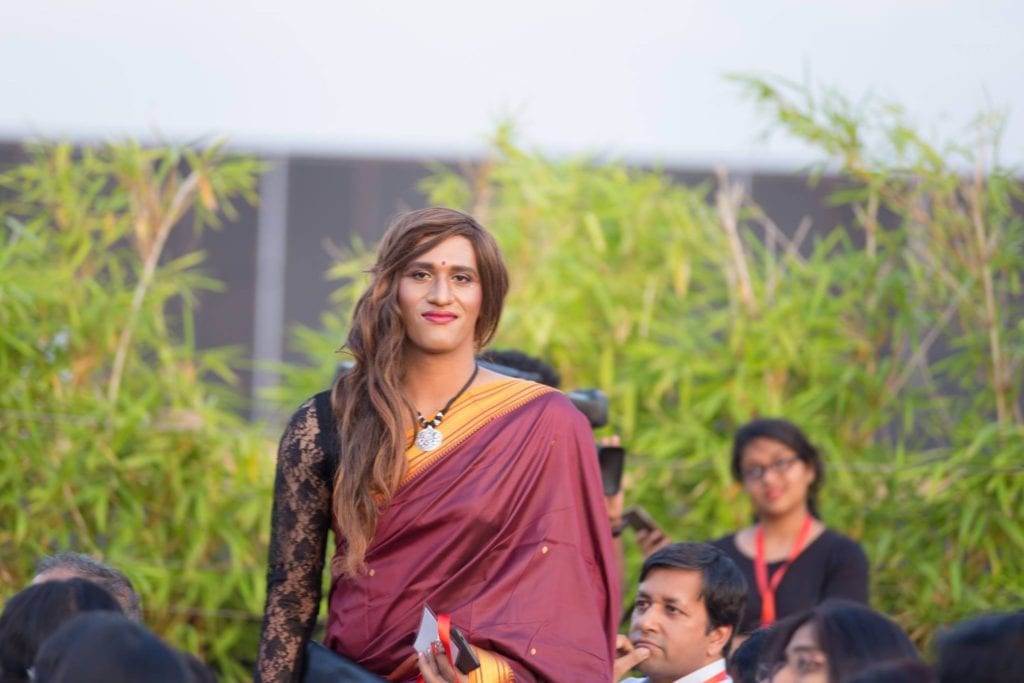 It was almost after a year that I heard Ally got a chance to talk about the 100 saree pact campaign and the registry of sarees for TEDx Bangalore Women. I was really happy for her. It was my dream to talk or at least see a live TEDx talk. I didn’t know whether I would be able to attend it. I knew that Ally would talk about the stories behind each saree and how weavers weaved their stories through these sarees.

I was busy working one day, when I got a call from Ally saying that she wanted to share my story on her TEDx talk. I felt so overwhelmed and honored when I heard that. Sounding calm I said sure but I was excited. We then had a chat about what exactly needs to be communicated about Mayamma and I shared pictures of Alex and Maya with her.

I was there on the day of the talk. The moment I walked in for the TEDx talk with Ally and my friend Saina, I saw heads turn. They had a look of surprise, shock and welcome. I wanted to show that I exist and people should respect and help people like me.

The talk was how a dream can be achieved by just focusing on it. Making people realize that people like me exist and what I stand is much bigger than what the society assumes of me. To be inspiring was all I wanted.

My heartfelt gratitude Ally Matthan, Saina Jayapal and the TEDx team for this wonderful opportunity. Recognizing my story and telling it out to the world is what I needed right now. I’m forever grateful. Here’s to more stories of sarees and to feminism! 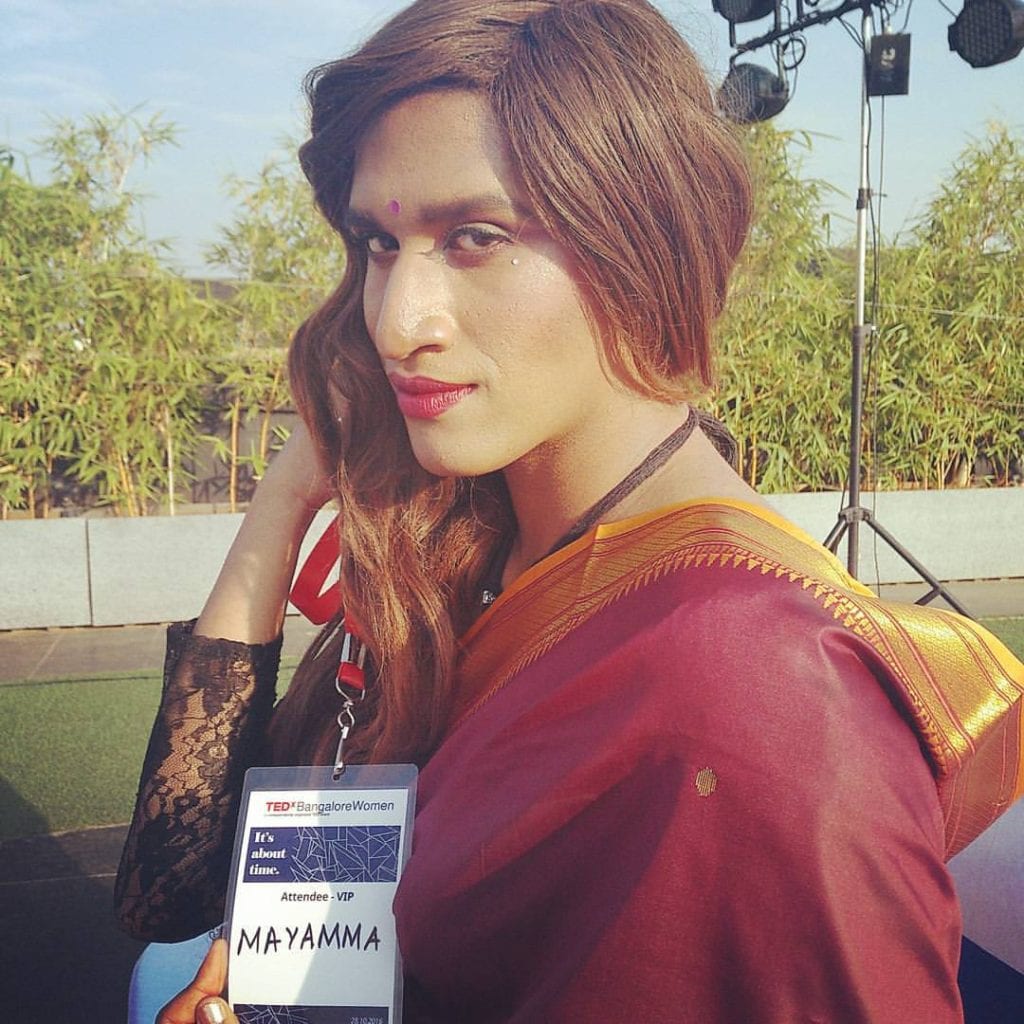