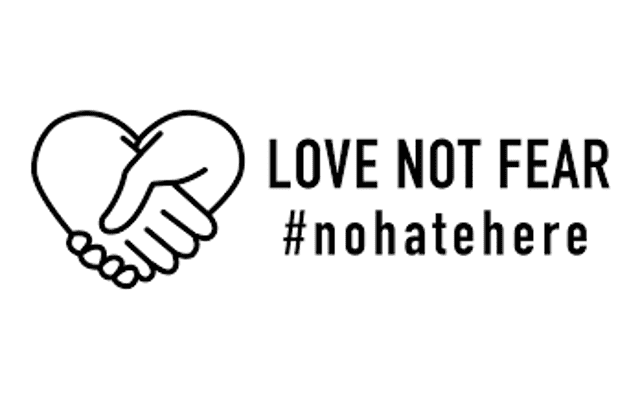 But have they crossed the Rubicon to become friends?”

When a former BJP MP, Mr. Tarun Vijay proclaimed in April 2017, “If we were racist, why would we have all the entire south…Tamil, Kerala, Karnataka and Andhra…why do we live with them? We have black people around us,” his comments were rather unsurprising. They were drenched in age old biases and ideas of power, prestige, physical appearance and right and wrong. The irony of what he said, was that he was countering claims of rampant inherent xenophobia and racism in Indians, in the wake of the attacks on people of African origin.

In his talk titled ‘Strangers, Migrants, and Neighbours: Defining Discrimination & Indianness’, at the Nehru Memorial Library, on July 18, 2017, Sanjoy Hazarika, the Director of the Commonwealth Human Rights Initiative, touched upon these issues, drawing upon his decades of experience and knowledge.

Mr. Hazarika presented a very unique argument, one that can’t be seen in most mainstream news outlets. He spoke with resignation initially, on the daunting numbers of Indians forced to partake in ‘distress migration’. This forced migration could be a result of climate change factors (such as flooding), which causes loss of home, livelihood and security of persons. It could also be a result of developmental projects, and conflict (such as border violence or the insurgency in the North Eastern states).

Migration due to ‘increased aspirations’, giving various examples of migrants from UP, Bihar, the North East as a whole, to the four metros in India, which meant increased awareness of the culture and heritage of these regions, across India. The influx of such migrants did not happen without problems. The case of Nido Tanya, a boy from Arunachal Pradesh who was beaten to death in New Delhi’s Lajpat Nagar in 2014, was highlighted. There are many examples all around India of such hate crimes and violence against Indians from the North East part of India.

Attempting to racially profile a country like India, is an endeavour that is doomed to failure even before it begins. Think about it. Can anyone define India? Or explain what characteristics – mental and physical – make an Indian? This land with its assortment of cultures, religions, beliefs, languages, skin colours, physical features, lifestyles, clothing and art forms, cannot be boxed in with a one-size-fits-all type of dressing. This is fact that we all accept, but only in theory. Inherently, each of us come with biases and ideas galore about people who are dissimilar to us, in whatever way. There isn’t a single part of this country where people do not judge ‘outsiders’, and berate them for coming and ‘changing the local culture’ or ‘taking away the jobs and seats in colleges’. Every city, village and state is proud of its heritage and culture, where ‘locals’ feel the need to fiercely protect the same from the ‘onslaught’ of migrants. It is as though we were wired to fear both being different from the environment, and accepting those who are different from the environment we are used to.

Irrespective of this, migration still happens all across India. Mr. Hazarika says that this is because of the combination of increased aspirations and the youth of India (who are the ones who migrate in search of better opportunities), engaging with the idea of India, as a land of aspirations. ‘The Indian Dream’, as he referred to it, was that India was one country, and anybody from anywhere could reach their goals if they were prepared to work hard towards them.

Here lies the novelty of his argument (novelty when compared to the general discourse on the subject). He said that in spite of the ‘micro-aggression’ which north easterners (or any migrants for that matter) faced from the locals, only emboldened their resolve to stay and engage, in order to create their own space in the new diverse Indian diaspora. Migrants would assert their right to equality as protected by the Indian Constitution, and find ways to adapt to their new and in some cases hostile environments. The fact that many North Easterners stayed in Bangalore, and that many returned after leaving the city in 2012-2013, during the peak of the tensions, was testament of this resilience and engagement with the ideas of Indian and Indianness. By trying to carve out their role and space in Indian discourse and everyday living, migrants are challenging notions held by local populations, and generating awareness of the true extent of Indian Diversity.

Additionally, these outsiders or migrants, upon returning home would in turn challenge the notions of their elders, creating space for people to come settle in their home towns. This, in the long run, will, according to Mr. Hazarika, change the definitions of what an Indian sounds or looks or lives like.

As it stands today, one segment of the Indian population has gone beyond differences and have integrated. There is another segment, however, that remains stuck in the past, holding onto older notions of Indianness and what India should look and feel like. Mr. Hazarika quoted Bhupen Hazarika’s song, ‘if humans don’t think of humans, who will?’ Systemic changes, such as better representation in police forces across the country, as well as changes in the content of our education were necessary to help this process of integration. In schools, greater emphasis on lands and peoples outside the city in question is needed, as is emphasis on civility and togetherness. The automatic fear of the different and fear to be different needs challenging and overcoming. Anti-racism and hate crime penalising laws were necessary, to facilitate this process of ‘becoming friends’, which will take decades before it reaches a point of stability.

If anything, Mr. Hazarika, can only be accused of making idealistic points (a point that did come up during the Q&A Session), in the manner in which he has simplified the issues and the potential solutions. The same, however, cannot be said for his narrative of the process of integration. His astute observations on the process that is change cannot be disregarded. It’s not merely in poetry that we find light at the end of the tunnel, or that from conflict and chaos, a new order can emerge.

Though India is not a homogenous entity, we see the creation of a new Indian diaspora. It is one that wants to work for their own goals or for the country at large, irrespective of the differences in skin colour, physical traits and any other aspect of diversity that Indians may bear. Migration itself will generate this changed outlook. It can be facilitated by protecting the agents of change, namely the migrants, by enacting and implementing strong anti-discrimination laws that penalise violence or discrimination of migrants on the basis of their physical appearances.

Shambhavi Ravishankar is a human rights lawyer and an ardent lover of writing and reading, who believes in the pen being mightier than the sword!