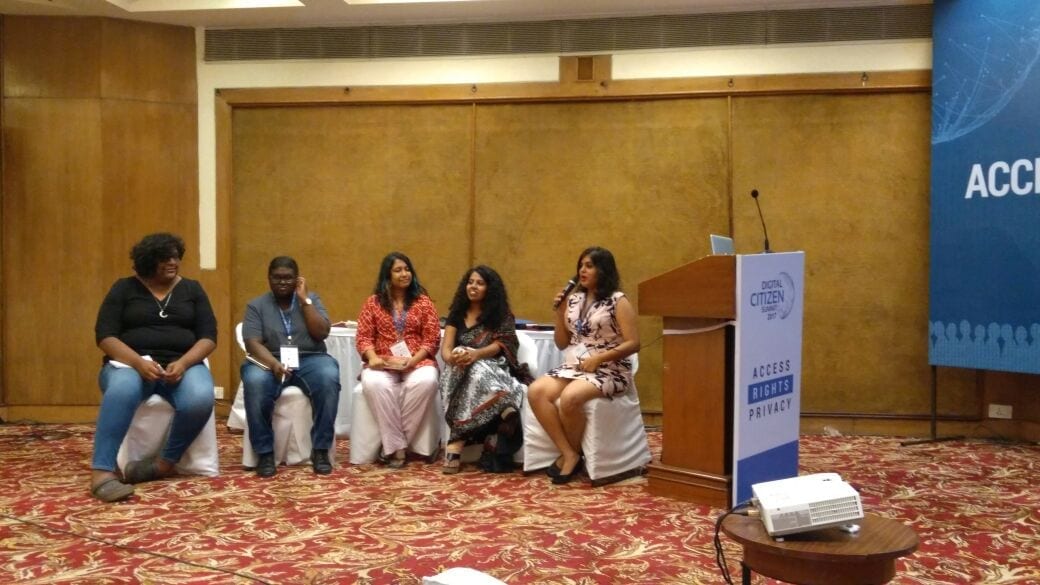 While social media and sexual expression is usually viewed from a popular perspective, Hidden Pockets and Point of View decided to look at the same from a different lens; from the eyes of communities usually considered to be sexual minorities. Hidden Pockets and Point of View jointly hosted a panel on Social Media and Sexual Expression during Digital Citizen Summit 2017 on September 21, 2017. The speakers on the panel included Nadika – trans rights activist and writer, Smita Vanniyar – Point of View, Mahika – Feminism in India (FII), Jasmine Lovely George – Hidden Pockets, Nipun Malhotra – Nipman Foundation and Brindaalakshmi.K – Hidden Pockets. These speakers either represented or shared their expertise on different sexually marginalized communities like women, persons with different sexual orientations and gender (LGBTQIA) and persons with different disabilities.

Though social media posses its own set of challenges, it’s advantages cannot be negated. Social platforms have also made Internet spaces more accessible for people from these communities to be open about their identity.

In conclusion, when asked what would be the one thing that should or shouldn’t change about social media, most panelists agreed that social media may have its flaws but social media has opened several doors. However, it might be useful if these platforms become safe spaces where individuals can be themselves without worrying about any of the above mentioned issues. The onus should shift from individuals onto the platforms, governments and the Internet to make them safe for users.