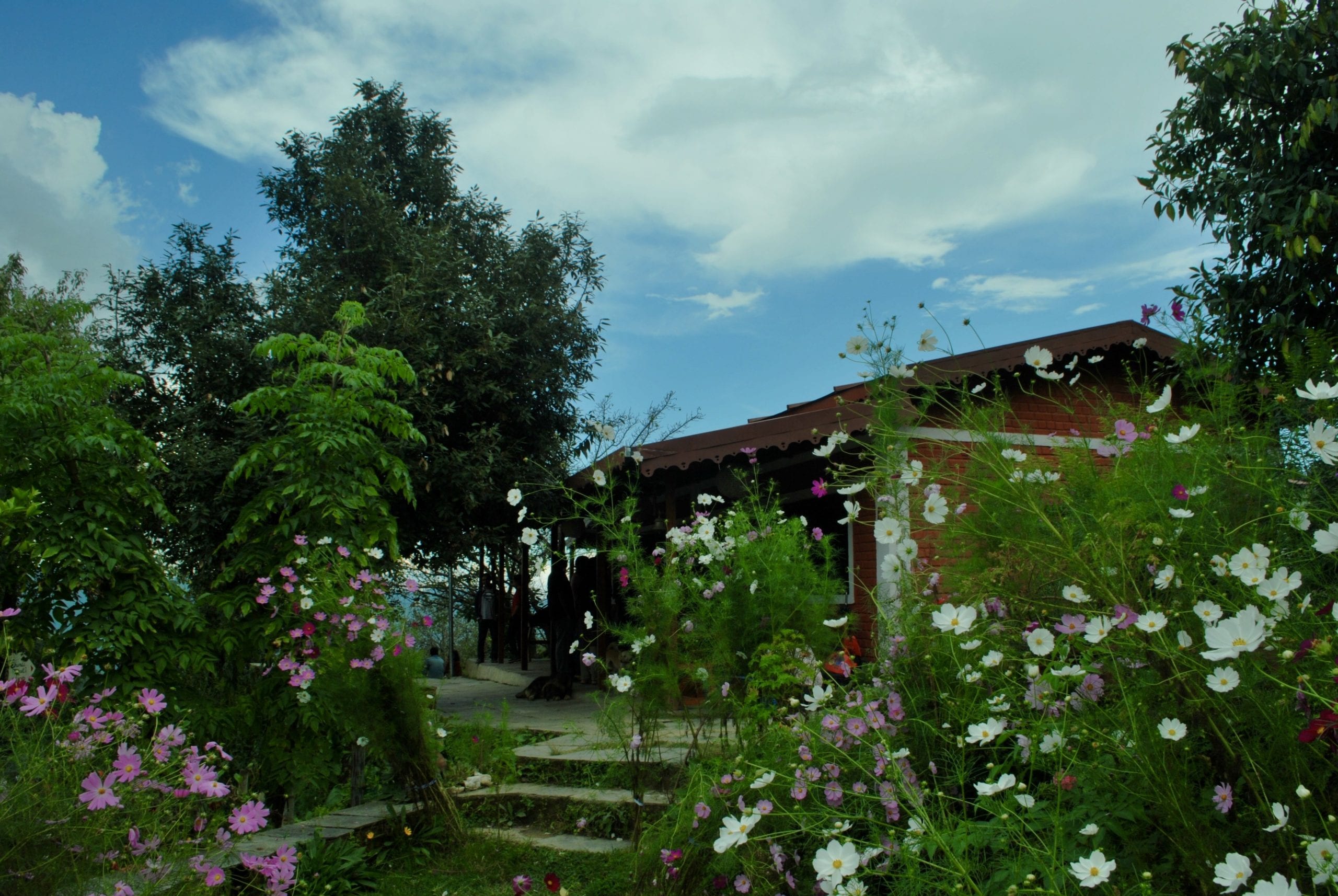 This train journey is the strangest thing: you embark on Old Delhi station in the dark, amidst the crowd of bodies, the sense of ruin, the muted stars, the stained concrete; and you alight in Kathgodam before dawn, where everything is silent and empty, the station old and clean, guarded on all sides by vast shadowy mountains. Three hours later, your cab reaches Himalayan Village Sonapani, and you are struck, as always, by how familiar it feels, despite the new blossoms that have crept up the hillsides. The gorgeous space of Himalayan Village Sonapani has been run by Ashish Arora and Deepa Pathak for the last 12 years.

The Sonapani biannual film festival film festival is organised by Gurpal Singh, an FTII graduate, who likes to say that he works a couple of months in a year, and does much more interesting things the rest of the year, like organising festivals and travelling. He also used to organise the famous Bring Your Own Film Festival in Puri.  The elements of the film festival here are always similar: 3 lesser-known filmmakers, around 25 guests, and a thriving, blooming sense of community. Most people cannot bear to come just once, so every film festival typically has less than 10 new people, and at least 15 old-timers, familiar faces and stories that wind themselves around everybody’s experience. People come here for the bracing mountain air, the conversations, the laughter, the food, and the fabulous films.

This time, the three filmmakers were Shilpa Ranade, an animator who wants to create an Indian aesthetic in animation, and Kamal KM and Gurvinder Singh, both FTII graduates who work on fascinating and marginalised issues in their films. The films that play here always have a very different aesthetic vocabulary and landscape from mainstream cinema. Gurvinder’s award winning meditations on various issues in rural Punjab move at a leisurely pace, each shot just long enough to make the audience uncomfortable, while Shilpa’s animation is richly textured, translating images and artistic styles from Indian archives into a digital field. Kamal’s film ID is a feature length film that straddles the divide between fiction and reality, focusing on the strange interaction between different classes in urban India, and the questions of identity and belonging that come with it. These films are made all the more special and accessible because of the long conversations that follow them, both formally and informally.

Perhaps that is what describes the magic of Sonapani best: the conversations. Despite the Sonapani community being so close and tight-knit, it is a fairly diverse bunch: the youngest members are toddlers who come with families, followed by the few teenagers and college students. There are musicians and filmmakers in their early 30s, struggling graphic artists, my mother, and older actors, activists and lawyers. The air is always filled with easy laughter and jokes, whether about each other or the world, and nobody ever takes offence.

Nobody talks about how much money they make, or what car they have, or whether they got a promotion. It feels as though the only thing you are allowed to bring to Sonapani is the very essence of yourself — your humour, your fears, your theories about the world, your favourite poems, the songs you sing in your sleep, where you would want to travel if you could, and your honest questions. The conversations are intense and heartfelt: I could be talking to somebody who’s 30, or 60, and it would be the same. All the artificial borders we hoist around ourselves, to make ourselves inaccessible to people different from ourselves, are lost here.

So one of the reasons I went back this September for my 4th film festival (and at least 8th visit to Sonapani), was because of the unbelievably inclusive, open community that has formed in this space. Inclusivity can have as much to do with transcending boundaries of age and social structure as it has to do with gender and class. For me, it boils down to interacting with those who are different from you, because that is the only space in which growth happens.

This is why this film festival inspires me, moves me; because I can smoke a cigarette with a famous filmmaker whose film just made me cry, and tell him my fears. Because my mother and I are treated like people, instead of like pieces in a jigsaw puzzle with rules about how we must act in social situations. This sort of place, to me, seems to be a metaphor, a hope for larger communities in the world. Everybody brings the best of themselves to the table, their kindness and their open hearts, and the space responds by blooming, blossoming, growing in the best ways.

Purvai Aranya is a 20 year old undergraduate at Ashoka University. She is studying English and Philosophy. When she isn’t writing or drawing on any available surface, you will find her worrying or talking to the moon. She wants to continue reading, exploring and learning as she grows older, She has recenty fallen in love with cities, and wants to fight fiercely to make space for herself in the world. She puts up poetry, pictures, and paraphernalia at http://purvaiaranya.blogspot.in/.

3 little-known filmmakers was changed to 3 lesser-known in the mainstream circuit since they are film-makers who have national award winners, among others.

The name of the Kamal KM was wrongly written as Kamal VN.

Details of the organisers of the festival have been added.