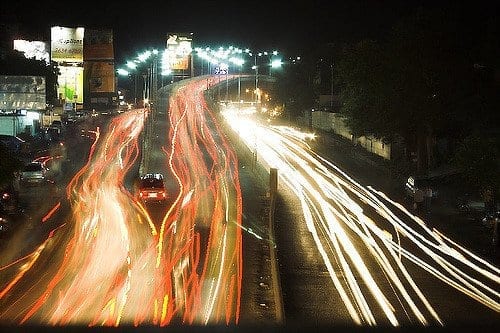 Pune, now accommodating a population of almost 3.5 million is facing increasingly acute traffic congestion. We honestly were (and are still not) prepared for the growing population, wider sprawl and increasing income in-turn increasing two-wheelers and cars on our roads.

I remember my grandmother telling me that during her youth, which was some 40 years ago, people chose houses plying on the PMPML routes. It was sad that that statement only made me laugh, I mean only 20 % of our people even use the public transit. Most of the bus stops aren’t even ready for monsoons which are in full-swing now, with many of them unable to accommodate even a dozen of people.

Whatever the state of the public buses in Pune, the credit or complaints as the case may be (should) go to the Pune Mahanagar Parivahan Mahamandal Limited. To make life easy, they’re known as PMPML. The public transport service provider, they also operate in Pimpri-Chinchward, areas surrounding Pune. PMPML was formed after the merger of the Pune Municipal Transport (PMT) and Pimpri Chinchwad Municipal Transport (PCMT.) If people are to be believed, this was not a good deal and resulted in unhappy employers. Fun fact – the PMPML is now said to be inefficient and underperforming…but they were merged although they never got along…so, I guess were asking for it?!

In February 2008, the Union Urban Development Ministry accepted a proposal to fund 650 public buses for Pune (500) and Pimpri-Chinchwad (150). These funds come from the Jawaharlal Nehru National Urban Renewal Mission (you have may seen its boards on many roads across the nation.) As of today, we have almost 1400 buses with 80,000 daily commuters travelling on 282 routes. There are 11 bus depots and 20 major bus stations. All of this is run by the 8,610 staff of PMPML, of which 100 are in offices and remaining all are drivers, conductors and their helpers. Interestingly, the PMPML believes it has a share in ‘city development.’ 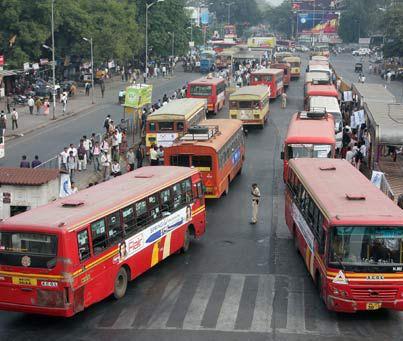 Currently, they are dealing with the Pune Bus Rapid Transit System, popularised as the BRTS. This was the first of its kind in India, under which dedicated bus lanes were supposed to allow buses to travel quickly throughout the city. It sounds promising, but turned out to be a complete failure. I said PMPML is dealing with the BRTS because a lot of Punekars blame it (and them) for us still not having a metro. (Which may ironically be the reason they haven’t patronised the bus system, leading partly to its failure.)

BRTS was inaugurated way back in 2007, with a lot of political fanfare. A 62-crore project, traffic experts believe it to be a ‘dedicated bus service’ and not BRTS. There were (are) no pedestrian ways, cycle tracks, proper bus-stops, off-board ticketing and systems to monitor bus movements. One doesn’t need to be an expert to know these are necessities. Basically, the so-called BRTS reduced the carriage width of the road as roads had reserved lanes for buses, hence slowing down the movement of other vehicles. At one of the PMC general body meeting, the then Municipal Commissioner, Pravinsinh Pardeshi said, “No provisions were made for underpasses and pedestrian crossings.” Yet, work continued.

Pune got its first flyover in 1998 on Karve road which went towards Paud road. Since then, we’ve never looked back. A new four-lane flyover is under construction between Shankar Maharaj Math in Chavan Nagar and Bharti Vidyapeeth in Katraj. Right, because if the issue at hand is vehicular congestion on roads, the best solution is to build more roads to allow more vehicles to ply…to intensify the traffic congestion? There have been speculations that this is an abstraction form the metro rail expansion from Swargate to Katraj.

From the last 10 years, we (well, at least some of us) have been obsessed with the metro. In 2007, we were told that “if all goes well”, we will have the first functioning metro-rail route in 3 and a half years. (India, 2007) Our PMC has done it all – identified corridors, shortlisted them, had discussions with E.Sreedharan, planned an underground metro to pass through the congested city areas, had sites inspected by the Metro Man. There have also been various versions of traffic surveys, funding patterns and costing details. Perhaps the Gods are in my favour and something (read : approvals) is stopping these glorious plans. It has not come to the notice of any of our authorities that Pune has a circular geography like London and Delhi. Hence a 1-2 line metro will not make a difference to the majority of the population. It might be needed, but is not at all adequate. A ring-road could be a much better option with circular ring-road bus routes connecting local routes. For a metro to make sense, we may need a minimum of 7-8 lines, like in London and Berlin. I am no expert, but I think this is extremely unfeasible. At least for the next 20 years.

Also, doesn’t it make more sense to work on something already existing (bus transit) than start something from scratch? New Delhi is proof that with improved bus quality and service, more of the middle-income commuters would be attracted (with sky-rocketing petrol and diesel prices.)

Another plausible solution which surprisingly hasn’t caught the attention of many is a suburban train. We have the tracks, we just need additional stations and trains. This could be up and running in just a year.  Stations could be built in Koregaon Park, Ghorpadi, Sopan Baug and St. Patrik’s Town and a few others further out where housing is cheaper. We could have a train every 10 minutes from Chinchwad to Pune Station to Koregaon Park to Magarpatta to Amanora etc. Yes, I know that not all areas are close to rail tracks, but it could still provide a fast transport system along the prevailing railroads and we could always add tracks later. Let’s fully utilise the existing rail corridor before we embark on metro lines. It is a low-hanging fruit and will save us crores of rupees.

Thankfully, all’s not lost and there’s still hope. PMPML is working on a business development plan (prepared by E&Y and UMTC) to ensure (continued) delivery of good service. Unlike most other plans which do not even consider the end customer, this plan is pretty inclusive and people-oriented. Through this process, ITDP has helped put together the scope of work and is a member of the review committee.

Under the Smart Cities Mission, Pune has proposed to invest 88 million USD (that’s around 600 crore rupees) in sustainable transport projects. We are being told that by utilising this money to tangible, area-based improvements, the city would be transformed and bring widespread socio-economic benefits to a large section of society.

A transit hub is also being proposed to facilitate smooth interchange between the BRTS and other buses.

In the coming 5 years, Pune aims to increase the mode share of public transport from 18% to 50% by increasing the number of buses and providing better services using Intelligent Traffic Management Systems (ITMS.) Expanding high-quality BRT network by 30 kms and improving accessibility to transit with a 75 km network of footpaths and cycle tracks are also under consideration.

Something wonderful happened in the 2016-17 budget. Half of the transportation budget was to be spent on BRT, footpaths and cycle tracks next year. From a few years now, the authorities have been spending on repairing bus-stops, buying buses and constructing footpaths. However these were done as extra-benefits are were not tied to the larger, integral part of transportation infrastructure. The major parts of the budget were reserved for ensuring convenience for those with personal vehicles.

Basically, if all this turns out as planned, we could have less than 10 minutes waiting time for all our buses and would be able to experience how easy it is to commute in our public buses.

Ultimately, if provided with hassle-free movement across the city, I’m sure we’d show our love for our red buses!

Aishwarya, a recent graduate in Economics and compulsive reader, writes to make sense of the world and her own self.