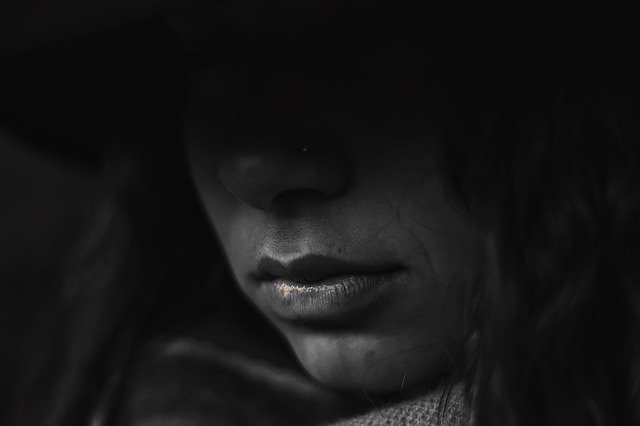 ‘Stay home, stay safe’ is a very reassuring mantra during the COVID-19 pandemic lockdown. When you are all huddled and protected at home with no risk whatsoever to virus exposure, having a well-stocked up kitchen and home delivery for groceries and essential supplies; having running water-soap-towel to do the six steps of washing hands; with numerous channels in TV and much more entertainment and infotainment materials on the internet, unlimited cell phone data and network, uninterrupted electricity and wifi; with work from home and even having even a good bank balance in savings, what can be more safe than home during this pandemic lockdown! Surely sensible to spread the message: ‘Stay home, Stay safe’?  But what would you do when this message is irrelevant to you? When you know you are at far serious risk to your life and well being, not because of the virus but because of the toxic aggression and violence that you have been living with, meted out to you by your own family which is getting all the more frequent and intense as days pass by during lockdown, what would you fear more: the virus or the violence? Stay home, stay safe feels like a tone-deaf message to you amidst your lived realities of domestic violence.

All around the world, media has been highlighting how this lockdown in response to COVID-19 pandemic has resulted in a spike in domestic violence. Countries – irrespective of the progressive/ conservative, liberal/ orthodox identities that they proudly uphold – had to acknowledge the alarming increase in domestic violence. Contingency plans were laid by many governments to address the issue. The irony is it took a lockdown to actually make the governments sit up and take notice of domestic violence with seriousness when in fact it has been going on for centuries. Questions remain: how serious are they and how effective are their plans and what next after lockdown?

During the lockdown, NGOs and CSOs faced additional challenges of mobility and access for intervention. It was a herculean task in the early weeks of lockdown to chalk out a rescue plan for the women in distress as there was no clarity on permitted travel. In the later weeks with the help of authorized passes, access did become possible for the organizations, however, the challenges continued to persist due to the small number of shelter homes. With physical distancing and hand hygiene a priority during the pandemic, it was tough for many organizations to have adequate shelter homes for the increasing number of domestic violence survivors.

Brinda Adige, Volunteer Mentor at Global Concerns India (GCI),  opined about the sudden interest taken by the government and the police as a consequence of the increased media attention being focused on domestic violence. She said, “In Bengaluru, the CJ has taken suo moto cognizance of domestic violence and has sought responses from the concerned department and the government.”

According to some experts, the helplines set up by the government are not conducive to solve the problem. They remarked that these helplines are operated by police personnel after a crash course to supposedly respond sensitively over the telephone to the caller reporting domestic violence or seeking help. From many quarters concerns have arisen that their responses continue to be one of interrogation, there is a lack of ‘assisting the caller’ and the tendency is to ask many questions that ‘put off the caller’. Whatever may be the interventions, their line of thinking/ talk with the person reporting/ seeking support is that of asking questions like, “why did he beat you?”, “why does be beat you?”, “can you adjust for today or the week, till the lockdown eases?”

Brinda said, “The government has not put any mechanisms in place to seek the collaboration of the CSOs/NGOs and other experts to respond in any comprehensive manner, no mechanism in place to take any case to a logical conclusion.  There is a lack of a rights-based approach to this shadow pandemic.”

Home and jail for whom?

With the widespread information dissemination about COVID-19 in every possible media (and much to the annoyance of a few who have to first hear the “gyan” on COVID-19 while making an important call) and the adjunct exponential rise in domestic violence during this lockdown, some experts are wondering why the government is not tapping into information dissemination about domestic violence. Priya said, “The government needs to be messaging wide, loud and clear that domestic violence  explicitly in the form of beating, abusing, demanding, denying and all should not be done at home and is a punishable offence.”

Experts say it is very important to inundate the masses with messages on domestic violence such that fear of consequence is instilled in perpetrators of violence and also women become aware that there are support systems, mechanisms in place to help her and perpetrators of violence will be held accountable for their actions. During this lockdown since most households spend inordinate amounts of time watching television, the constant messaging about domestic violence is very important according to experts. With numerous civil society organizations working to address domestic violence for decades, there is no dearth whatsoever in materials in different languages. It is only a matter of government taking the lead and messaging strongly everywhere – television, radio, newspapers. Experts added that even a basic loudspeaker which the police have been resorting to calm and reassure people during the panic-purchase of essentials can be efficiently used by the police in their jurisdictions for the periodic messaging on domestic violence.

Patriarchy too is a pandemic?

Anubha Rastogi, an independent lawyer from Mumbai who has worked closely with organizations that have fought legal battles to help survivors of domestic violence, does not think messaging can have much effect. She said, “Anybody knows from common sense that violence is just wrong. And in our country, many men also know that they can get away with it because that is just how it has been in spite of laws being in place.”

Priya said that unless the root issue of patriarchy is addressed in domestic violence, there will just be a list of reasons/ excuses about why domestic violence happens and it will continue. She elaborated that it is very much needed to burst the bubble of men that they are very powerful and it is imperative that they are to be made aware that they cannot take out their pseudo sense of power on perceived weaker people like women and children. Anubha said, “The mindset of people should change: that men cannot and should not beat up women and that women cannot and should not put up with that.”

Priya noted that countries which are responding effectively during this lockdown are also the countries with women at the helm of the leadership. When it comes to fund allocations and detailed strategies to address domestic violence as well, it is the women-led countries that are at the forefront. She said, “We have our Prime Minister coming and talking about various things every fortnight during the lockdown but never has he mentioned violence at homes.” None of the senior political leaders nor otherwise noisy political sides have made any statement on domestic violence when they fully know what is happening in the country and this amounts to escapism or lack of acknowledgement according to Priya.

Fighting it out in courts:

Brinda said,  “Courts have been publicizing to file E-cases, but a large majority are not capable of utilizing these alternatives.” She opined that initiating Mobile Courts must be made mandatory and disseminating information to all people, especially women about presenting their cases in court must be thoroughly advertised, as lawyers are not a necessity in Family Courts. Protection Officers must be appointed as per Police Jurisdictions so that decentralization of such services-Helpline, Police Station, Courts responding to particular geographies will make reporting, interventions (short and long term support), follow-up, rehabilitation, and restoration will follow systems that will add to quality speedier response mechanisms, in convergence with CSOs and NGOs, she added.

What next after lockdown?

As the lockdown is drawing to an end and hopefully so will the spike in domestic violence cases post lockdown, there is much to think and address about the long term impacts of the “spike” seen during the lockdown. Many children who otherwise would not have witnessed the violence at home because of their hours in school, will now have to grasp and cope with what has unfolded in their houses during the lockdown. Women, apart from sustaining violence at home, might also end up having unwanted pregnancies due to marital rape. With highly restricted access to contraception and abortion during the lockdown, it is highly likely that women would have crossed the gestational limit of a simple medical termination of pregnancy when the lockdown ends. Even post lockdown, with abortion services being not rendered as a priority in many hospitals and service providers amidst the COVID-19 precautions against asymptomatic virus carriers, it is highly probable that women will not have access to safe and legal means to terminate their pregnancies. They will have to live with the physical and mental health impacts of both domestic violence and unwanted pregnancy.

With alcohol withdrawal syndrome of men causing enough violence at homes during the lockdown, it is believed that women will have no respite even in the post lockdown weeks. And for those women who have been steadily saving up for an escape, the lockdown crisis would have dried up their savings with no money for a better future.

It is anticipated that there will be a rise in legal battles post lockdown. Brinda said, “Cases are already developing, especially in the middle class to go to courts for separation/divorce. Several women have been forced out of their marital homes and because of the lockdown they cannot find another place for rent.  Registering Cases of dowry harassment, cruelty will increase post lockdown.”

Have I told you lately that I have Corona?