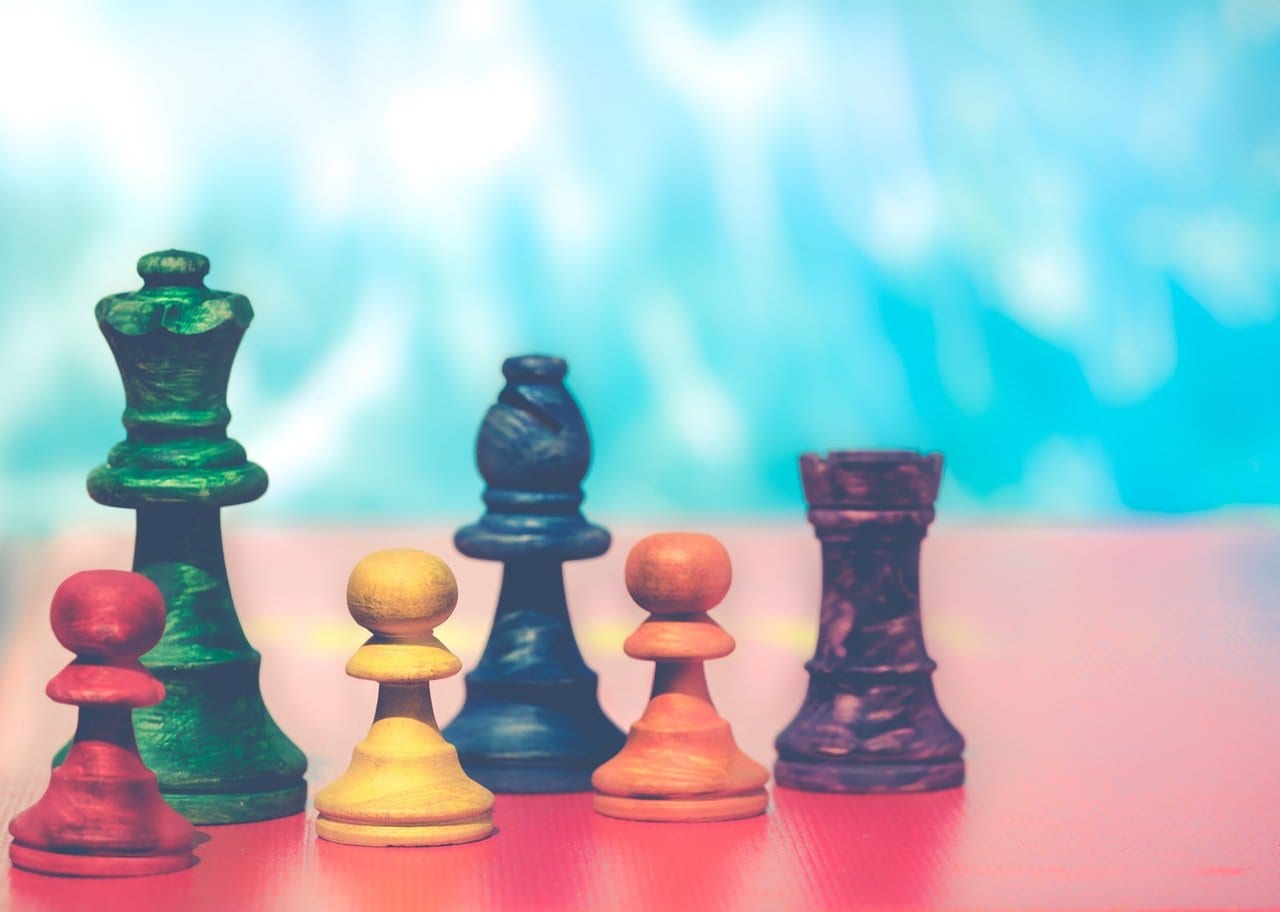 Dressed in a bright colour saree, some days red and some days even blue or green, Monica walks towards any store. Walking in through the door, she claps her hands and speaks in a sing song voice alternating between Kannada, Hindi and Tamil asking for money.

Demonitisation : After the Supreme Court of India upheld the rights of transgender persons in the National Legal Services Authority Vs Union of India in 2014, the Reserve Bank o f India (RBI) in its circular dated July 2015 mandated the inclusion of third gender in all applications and forms issued by banks in India.

Firstly, most of trans people find it difficult to get a proof in the gender of their choice and end up having no ID-proofs.

But rental agreements either don’t come or don’t come easy since house owners refuse to sign a rental agreement with trans people to evade tax on the income received. The members of the community end up giving in to this demand of the house owners’ since “there are very few people who give sex workers and sexual minorities a home. Housing for transgenders has been a constant problem in over a period of time. Having an accommodation is such an extraordinarily difficult occurrence for the trans people that the moment they get one, they bunch up and stay in groups of five or six” but as said above go without a rental agreement which in turn doesn’t get them a proof of address which in turn makes it difficult for them to get other ID proofs which makes one ponder how a transperson can get an identity proof?

The NALSA judgement asks the central and state government to take all necessary steps to provide legal recognition to males, females and to the third gender. According to Kaushik Gupta, attorney and social activist working with the community, a transperson can do the following to get a valid ID proof:

“In India with respect to change of name there is no specific law. It is a practice thats’been on for a long time. I adapted the practice of change of name to include change of gender. Several times the magistrate has questioned it but we had produced a copy of the NALSA judgement and the magistrate had passed the order,” adds Gupta having handled several of these cases. Though efforts have been made by several state governments, consistent efforts (which is often missing) seem to be required to tackle the issue of inclusion of the transgender community. But it is a cold fact that even if a transperson overcomes the challenges of procuring a valid ID and address proof, the community continues to face challenges with respect to their profession.

“Mostly transgenders don’t work in the mainstream. The work is mostly sex work or begging. Most of the transgenders don’t live with their families. Their families ostricise them. Most of them are neither well-educated nor are they professionally qualified with any skill. Being transgenders, even the few with some educational qualification find it hard to get employed or find a job,” says Sheetal Shyam, Secretary of Sexual Minority Forum Kerala. Some work as daily wage labourers and only the very few work in the organised sector with NGOs. After few to nil employment opportunities pushes them to make a living out of sex work and begging- their lives stands further complicated by the anti-vagrancy act which makes begging illegal and the Immortal Traffics Act which makes prostitution illegal in India. Even when they are not into prostitution or begging but only seeking alms in exchange for blessing a new born child, Gupta notes, cases of extortion are lodged against transgenders/hijras.

So apart from they not being able to get a proof in the gender of their choice resulting in them ending up with no proofs; confronting the interlinking of ID proofs which makes them compromise on rental agreements-their work itself is not recognized as a profession: “Even with five or ten lakh rupees in hand to exchange, when their work itself is not recognized as a profession, how can a transperson show their money in account? How will the person explain how they have earned this money?” asks Gupta highlighting the extreme challenge to financial inclusion of the third gender as envisaged by the Supreme Court and RBI.

The last mentioned observation on financial inclusion comes into force only when there is money to be deposited; the reality, as Sheetal Shyam points out, is that most of them don’t have savings- at least in Kerala: “Considering that most of us are sent away from home, we have to live in lodges. Even if a sex worker makes Rs. 1000 or so a day, Rs. 700 will have to be spent on the lodge. You need at least Rs.100 for every meal. With another two hundred or three hundred rupees for other expenses, usually we have no money left with us.”

The ‘No money in hand’ stands escalated in a post-demonetised scenario: Due to the lack of cash flow, people only pay in coins to the transgenders who resort to begging. Sex workers who were getting paid Rs.500 or Rs.1000 before demonetisation are now getting paid only Rs. 100 or so because customers give lack of cash as the excuse. Having very less money or no money renders ‘exchanging cash’-an important facet of demonetisation -a secondary issue to the transgenders and even if they have – “even if we have (say) Rs.2000, people don’t give us (transgenders) any change.”

On the other side,speaking for transgenders with some amount of cash with them and to whom ‘exchanging cash’ is not a secondary issue, Chacko says that people have collected money over time. “Many of them who have managed to collect some money over time have collected it in 500 notes. It is not like it is black money and kept in crores. They just have kept cash simply because they don’t have bank accounts (to deposit)” and are financially excluded .“Demonetisation is about legalizing your money. They are willing to do that provided the state, number one, gives them the legal recognition of their identity and second, the legal recognition of their profession,” says Kaushik Gupta, lawyer and social activist talking about the challenges faced by the transgender community in the country due to the recent demonetisation announced by the Government of India.

So what have they done to legitimize the money on hand? They have given the 500 rupee notes they have to other people to have it changed. Some people have exploited them and given them 400 rupees for their 500. The noose feels more tightened but they eke out a living and sustain by “trying to borrow money from other people and trying to see how they can sustain themselves. So people who have a little money lend to the other person. They are also trying to work out informal methods which goes by : If I have some thing, you come, I’ll cook for you and both of us can eat together since there is no money to go out and eat. Though these type of informal methods of surviving have happened, there is a worry about what will happen in the long run. If everything is going to be more plastic then what happens to people who don’t fit in” due to- being a transgender,due to difficulty in getting proof in the gender of their choice,due to the crossfire of interlinked ID proofs and due to their profession-in most cases- falling on the wrong side of the law.

In conversation with a transgender woman on demonetisation

Dressed in a bright colour saree, some days red and some days even blue or green, Monica walks towards any store. Walking in through the door, she claps her hands and speaks in a sing song voice alternating between Kannada, Hindi and Tamil asking for money.

Like most other transgender women in the city of Bangalore, 29 year old Monica takes alms during the day and is involved in sex work during the night. Ask her about how much alms do people give her and she says in Tamil, “It wasn’t much to begin with. Now with no notes, people are stingier than before.”

How then do you manage?

Borrow and share what we have with each other to feed ourselves.

But why take alms to begin with?

What cash do you think we have to change? We don’t have any bank deposits. We don’t make that kind of money to even have cash at home.We make enough for the day and that’s about it.

What if you did have some notes to be exchanged?

Hmmm…. There are people who get the notes exchanged for us.

You don’t go personally and get it exchanged?

I don’t know. They will not give us.

Why will they not give you if you show them your id?

Then how do you get the money changed?

I don’t have that kind of money but my friend Amala got it changed through this guy near our place for a commission.

Why do you pay a commission?

She can’t go to the bank andhe knows that she needs the money. So he chargedher a commission. She didn’t have a choice. So she paid the money and got it changed.

Corrigendum: Spelling of Kaushik Gupta was rectified in one instance in the piece.