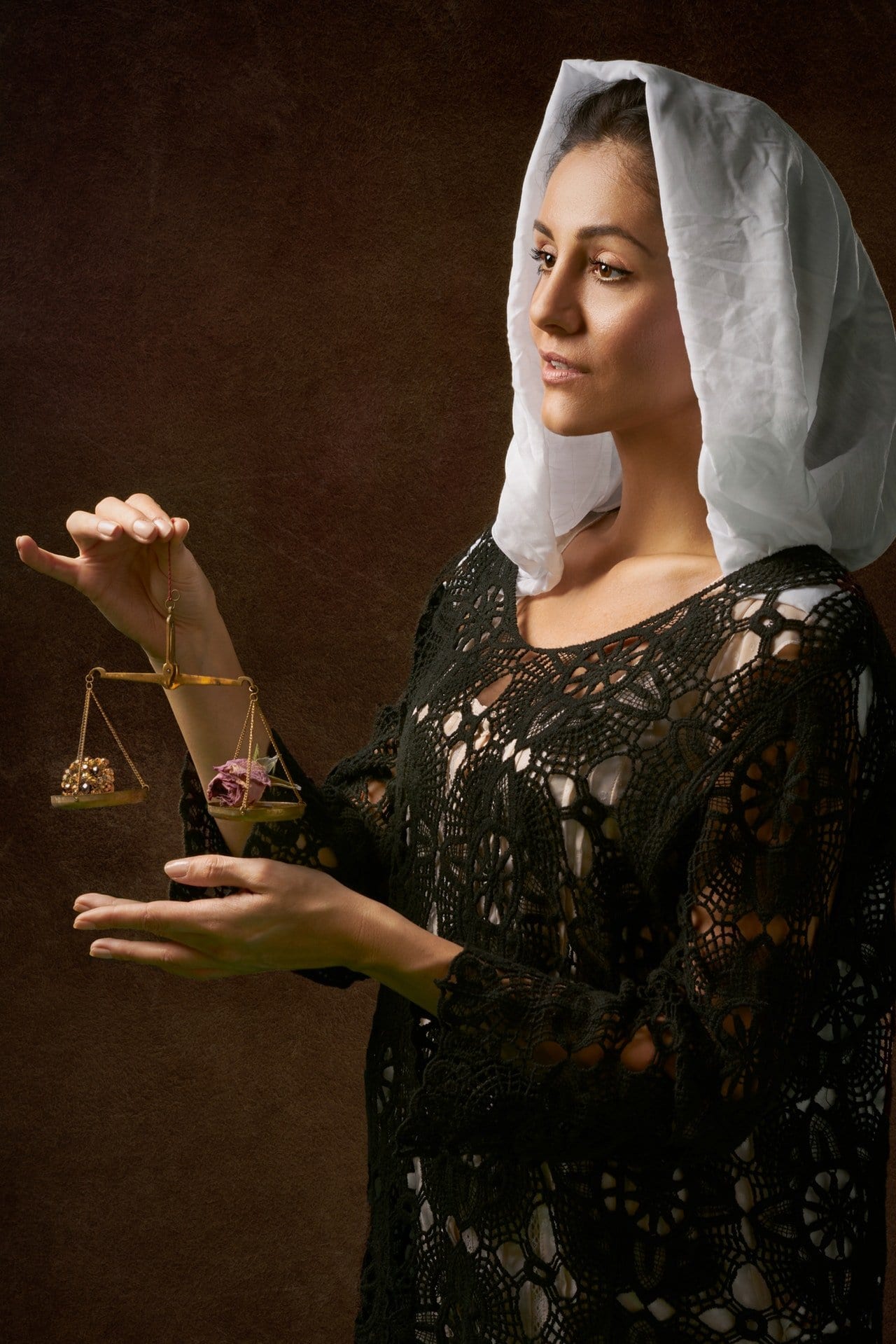 Sex negativity remains unquestioned by courts, legislature and legal scholarship. Even activist spaces have focused more on issue of sexual violence against women and have not paid enough attention to promotion of women’s sexual rights, except in the area of reproductive rights. Indian Feminism’s engagement with law has been limited to the violence aspect of sex while losing an opportunity to enter in a dialogue with ‘sexual pleasure’. If law has been used in the past as a reformatory instrument in feminist struggles, it can also be used to redefine and re-analyse feminist relations with sex (the act) and ‘sexual pleasure’

Is there is a negative approach to the term ‘sex’ in our legal system. If there is, can we replace this approach with a sex positive framework and do we tend to benefit from this exercise?

One of the immediate effects of the December 16th incident was the increase in interest taken by the commercial enterprises around safety for women. The state machineries also displayed increased interest in the safety of the woman. Legal mechanisms also took a similar route in the form of a Criminal Amendment Act, 2013 where it resorted to criminal justice system and equated justice with legal enforcement. The new law introduced a lot many categories of crimes and new relations were created between law and sexuality. In a way, Criminal Amendment Act, 2013 created more methods to protect the idea of a woman.
The increased surveillance on the women was justified in the name of safety.

The sex negativity inherent in these different initiatives ended up curtailing women instead of providing spaces for them. The new law retained the sex negative language by evoking the notions of modesty and chastity of a woman and simply expanded the range of activities that threatened or blemished this archaic understanding of female sexuality. This new law could have been the space and time to demand sexual speech, a possibility to have a sexual choice.

Many laws in India rely on the assumption that sexual pleasure merits constraint because it is inherently negative. In Ranjit Udheshi (1968) Supreme Court judgment, it was held that “obscenity by itself has extremely “poor value in the-propagation of ideas, opinions and information of public interest or profit”. The exceptions provided to obscenity law clearly lays down that if the work comes from a scholarly, literary, artistic and political (hereinafter referred as SLAP) values it will provided with constitutional protection. However Sexual pleasure derived is not itself a good enough reason and thus is not worthy of protection.

In recent case, Aveek Sarkar judgment Supreme Court while dealing with an issue of obscenity held that we need to apply the community standards while defining obscenity. The court held that “Only those sex-related materials which have a tendency of “exciting lustful thoughts” can be held to be obscene, but the obscenity has to be judged from the point of view of an average person, by applying contemporary community standards”. This was clearly a shift from Hicklin Rule applied in Ranjit Udeshi (1968) which was more about the effect of the content. Inspite of the expansion of the definition and understanding around obscenity, courts were not willing to engage with the notion of sex in a positive framework.

Sexual pleasure is considered to have poor/negligible value. Sexual speech is not considered as speech and laws curbing sexual speech are justified in name of public order and morality. For purpose of law obscenity is no speech.

If we challenge this assumption, and commence on something like sexual pleasure is valuable, can this benefit laws engaging with sexual activities?

Sexual pleasure is mostly subjective and is achieved by individuals in different ways. Value of sexual pleasure is evident by the ends to which people go and the significant unwanted consequences they endure to achieve it. Sex positive laws are laws that perceive a certain value in sexual activity and allocate some value to sexual pleasure. Sex- positive laws are laws that inherently do not assume that sex is bad thing, and focuses on other aspects in a sexual activity instead of only focusing on the sexual act. It perceives that both men and women can experience sexual pleasure and can provide their consent for the act.
If sexual pleasure is considered to be valuable and is provided equal recognition as sexual speech, it would directly affect a lot of laws which works on the principle of sex negativity. Sex positive frameworks would question the less constitutional protection guaranteed to sexual speech than speech that promotes violence. Using this sex positive framework, the piece tries to discuss effect of it on one specific law: the obscenity laws. This law prohibits sale, circulation and display of any objects that can have a depraving effect on anyone coming in contact with it.

Whenever there is any discussion around sex in legal discourse harm principle is always cited as the main reason, instead of citing sexual pleasure as a reason for the ban. In cases of obscenity, state has to demonstrate that harm is both imminent and likely to occur as a result of that speech. However an offensive material retains constitutional protection if it contains any of the scholarly, literary, artistic and political values. The law seeks to protect not those who can protect themselves but also those whose prurient minds take secret pleasure from erotic writings. Obscenity test is based on the assumption that law needs to protect those who cannot protect themselves. Law prioritizes prevention of unlawful violence over sexual pleasure. Much of the law regulates distribution to willing consumers instead of protecting individuals from exploitation.

Also most of the times, the harm is projected to be on women. There is an unspoken assumption that sexual pleasure can lead to increase in violence against women.

Sex toys are one of these objects that are indirectly affected by these laws. The fact that sex toys/ articles and such related products ‘ carry the impression’ of being ‘obscene’, any commercial dealing in such articles always carries with it a certain element of risk of attracting obscenity laws.

Sex positive framework would help us admit that sex toys can be valuable for some and there is no immediate harm. It opens up discussions around sex toys and institutions flouring around it. This framework removes the dubious distinction between sexual and non-sexual values (scholarly, literary, artistic and political values). In a sex positive framework, one can argue that sexual pleasure is also valuable and hence would require protection. It also negates the assumption that sexual pleasure result in violence against women as woman too are seen as capable of demanding sexual pleasure.

Sex positive frameworks can also help us in dealing with emotions which can be something more than offending moral values in the case of obscenity. For example, Martha Nussbaum in her work Hiding from Humanity (2004) offers an alternative method at looking at obscenity laws. She contends that obscenity laws are catering something more than the moral values. It also deals with spaces which evokes disgust and regulates it. This factor disgust has been expressed in some of our Indian Supreme Court judgments also.

CONCLUSIONS:
In most of the cases, sex can be a wonderful practise, and can be performed with consent of partners, without violating the consent of anyone. It is necessary to shift the focus to consent from the current practise of locating violence in sex.

This piece has only engaged with obscenity laws in sex positive framework. Similarly Rape laws, family laws and constitutional laws can also benefit from a sex positive framework. Positive value to sexual pleasure, not only provides us with a better definition of obscenity which is currently based on a narrow understanding of sexual speech, it also helps in developing a language of consent. Sex-negative framework has taken us up to a point where we locate the violence in sex. It does not mean sex only involves violence. It is necessary to focus on the right of the woman to feel sexual pleasure, which gets denied in a sex negative framework

A sex positive approach transforms the debate surrounding several areas of law and requires scholars to undertake a more honest assessment. It provides us with a framework for laws that recognizes the value of sexual pleasure. Theorists have demonstrated with increasing sophistication how categories in law form part of the social process, through which new gendered and sexualized subjectivities are created. Sex-positive framework helps us incorporating languages around different forms of sexualities and helps us in developing sensitive attitude towards different genders. The recent NALSA judgment was a step towards in this regard. It provides us with a model – a safer sex negotiations and a set of better practises.