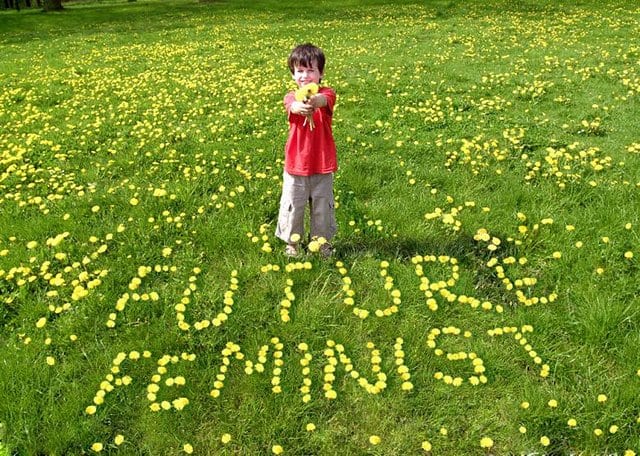 What is it like to be raised by a feminist? Even better, what is it like when the parent is a man and not a feminist woman? I was raised by my paternal uncle who according to me is a feminist. Ask him and he might not go with any tag. But he would say that his daughter (me) is a feminist, beaming with pride. I was absolutely certain about his inclination when he aligned his vote to a party that would support equal rights for women during the elections. “I don’t want to vote for a party that might worsen the status of women in the country,” he said.

Just setting the record straight, I was not raised in an upper class home. I was raised in a middle-class home of a bank clerk (my uncle) in Chennai. I went to a middle-class, all-girls school. Students commuted using private vans, autos, cycles or public buses. As for me, my uncle used to drop me at school and I walked back home.

I was always encouraged to learn anything I wanted to — karate, bharatnatyam, Indian classical music, western classical music, arts, basketball, softball, kabadi and what not. I could pursue anything or discontinue any of it at my own will. It was never affected by things like “Girls are not made to play a sport”, “You have reached puberty”, “It will make you too boyish”, “I don’t want you acting like a boy”, “You played enough as a child.” and so on. I have actually heard my classmates’ parents, one after another say this to their daughters at some point.

I was never raised for marriage. I was raised to be an individual. A standard dialogue that my friends’ parents gave them when they crossed any line that was not meant to be — “If you act like this, what will your in-laws say when you are married? They will blame us if you are careless or irresponsible.” I know parents who told this to their 12-13 year old daughters. Though I grew up around girls who heard this at home, I never once heard it in my life and I know that I never will. When I misbehaved, I was asked to take responsibility because it would affect me as an adult. It was never my in-laws, husband or anybody else.

I have had short hair almost all my life. I was never discouraged. It was always — “your hair and your decision”. Did it make me any less a woman than the others around me? I doubt it. As a teenager, I have had people on the road actually think out loud — “Is this a boy or a girl?” Nothing stopped me because my uncle saw no difference in me. All options were given to me only as choices I could make and I had to live with consequences of my choices.

My uncle has never been someone who vociferously propagated feminism or condemned misogynists. He has always been that silent guy who has done his bit. Be it just handing out awareness stickers outside a park after the Nirbhaya incident or raising me to be the woman that I’m. Was it easy being raised by a single man? Of course not! My uncle might not have entirely understood the changes that my body went through while growing up, but he always tried to understand. I have a problem with sanitary napkin commercials. Why is it always women in these ads? Why not men? Men also buy sanitary napkins for women in their lives. My sanitary napkins were bought by my uncle for most of my life whenever I needed them.

Was it easy breaking stereotypes and living by good self-worth handed down to me at home? Hell no! Why and when was it worth it? I have been groped in buses, teased on the road, rubbed against at cinema theatres and what not. The courage that my uncle gave me, made me stand up for myself even when I was just 14 years old, still in school. His courage and support made me stand up for myself over and over again because he never once pointed fingers at the clothes I wore or anything else about me. Directly or indirectly, it was never my fault. I have seen parents who never directly blame the girls for any mishap but they would subtly ask their daughters to dress in a certain way to avoid any attention on the road. I don’t blame these parents because they were handed down those values and thinking from their parents. They were only giving what best they could to their kids. But when will it stop?

“What if you made a wrong choice? It could affect a woman more than a man.”

Firstly, so what if I make a mistake? Men also make mistakes. Men also have pressures. Even their mistakes would cost them the same or more than women depending on the circumstances and situations. I have seen many women and men break the barriers handed down by their parents to set themselves free.

How your parents respond to your actions defines so much of your self-worth, self-image and self-respect while growing up. It definitely did for me. In fact, I’m glad it did. Parenting is also about handing down good values, isn’t it?

Parenting is also about setting the right example. I was raised by an extremely good example, a divorcee who never once spoke ill of his ex-wife to me or to anyone else. Mind you, his ex-wife was the first respondent for their divorce. He has always seen marriage as an option available to men and women and that has been my yardstick to look at life with choices and options. In any bad experience with any woman, my uncle would never generalise all women as offenders. It was just that one woman, never all women. It helped me realise that not all men are bad. The intentions of both men and women may be negative and it cannot be generalised. Just like how all feminists are not man-haters and not all feminists are women! I know it because my uncle may not claim to be a feminist but I definitely was raised by one.

I was raised in the heart of T.Nagar in Chennai, India, not in some first-world fantasy land!