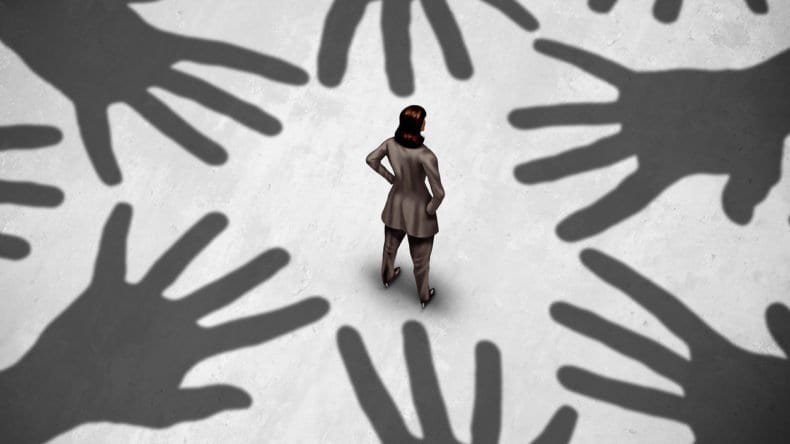 With work shifting to online spaces, and online portals becoming the workplace , it is important to understand the rights people while dealing with harassment in online set ups.

Presenting a rough timeline for debates around Sexual Harassment at Workplace in India.

80s – Forum Against Oppression of Women (Mumbai)  were one of the first one to protest against the sexual harassment of nurses in public and private hospitals by patients and their male relatives, ward-boys and other hospital staff; of air-hostesses by their colleagues and passengers; of teachers by their colleagues, principals and management representatives; of PhD students by their guides and so on and so forth received a lukewarm response from the trade unions and adverse publicity in the media (FAOW, 1991).

90s – Baailancho Saad (‘Women’s Voice’) in Goa mobilized public opinion against the chief minister, who allegedly harassed his secretary, through demonstrations, rallies, and sit-ins till the minister was forced to resign.

90s – Rajasthan state government employee who tried to prevent child marriage as part of her duties as a worker of the Women Development Programme.

90s- After an extremely humiliating legal battle in the Rajasthan High Court the rape survivor did not get justice and the rapists — “educated and upper caste affluent men” — were allowed to go free. This enraged a women’s rights group called Vishakha that filed a public interest litigation in the Supreme Court of India (Combat Law, 2003).

97- the Supreme Court passed a landmark judgment in the Vishakha case laying down guidelines to be followed by establishments in dealing with complaints about sexual harassment. The court stated that these guidelines were to be implemented until legislation is passed to deal with the issue

2000s- The bill was introduced in Parliament known as the Sexual Harassment Of Women At The Workplace (Prevention And Redressal) Bill, 2004.

2013- Sexual Harassment of Women (Prevention, Prohibition, and Redressal) Act, 2013. The Act borrowed heavily from the Vishakha guidelines of the Supreme Court, though it was not as comprehensive as the judgment.

So what can you do if you face a sexual harassment scenario in your office?

A. You can ask for an Internal Complaints Cell in your organization

B. You can ask for a counselor in your organization who will help you understand the process.

C. You can seek Local Complaints Cell in your district if you are not happy with your internal Cell.

D. You can also approach the local police station and register a complaint there as well.

E. If you still need help, we do provide legal counseling on WhatsApp, you can text us.

Post covid situation, things have been more unclear, as there has been a lot of laying off. People have been abruptly lost their jobs, and there is a wide spread fear of economy going through recession, so how much of any sexual harassment policies people would be willing to engage with.

But it is important to understand that law does acknowledge workplace which can be outside the purview of closed walls as well.