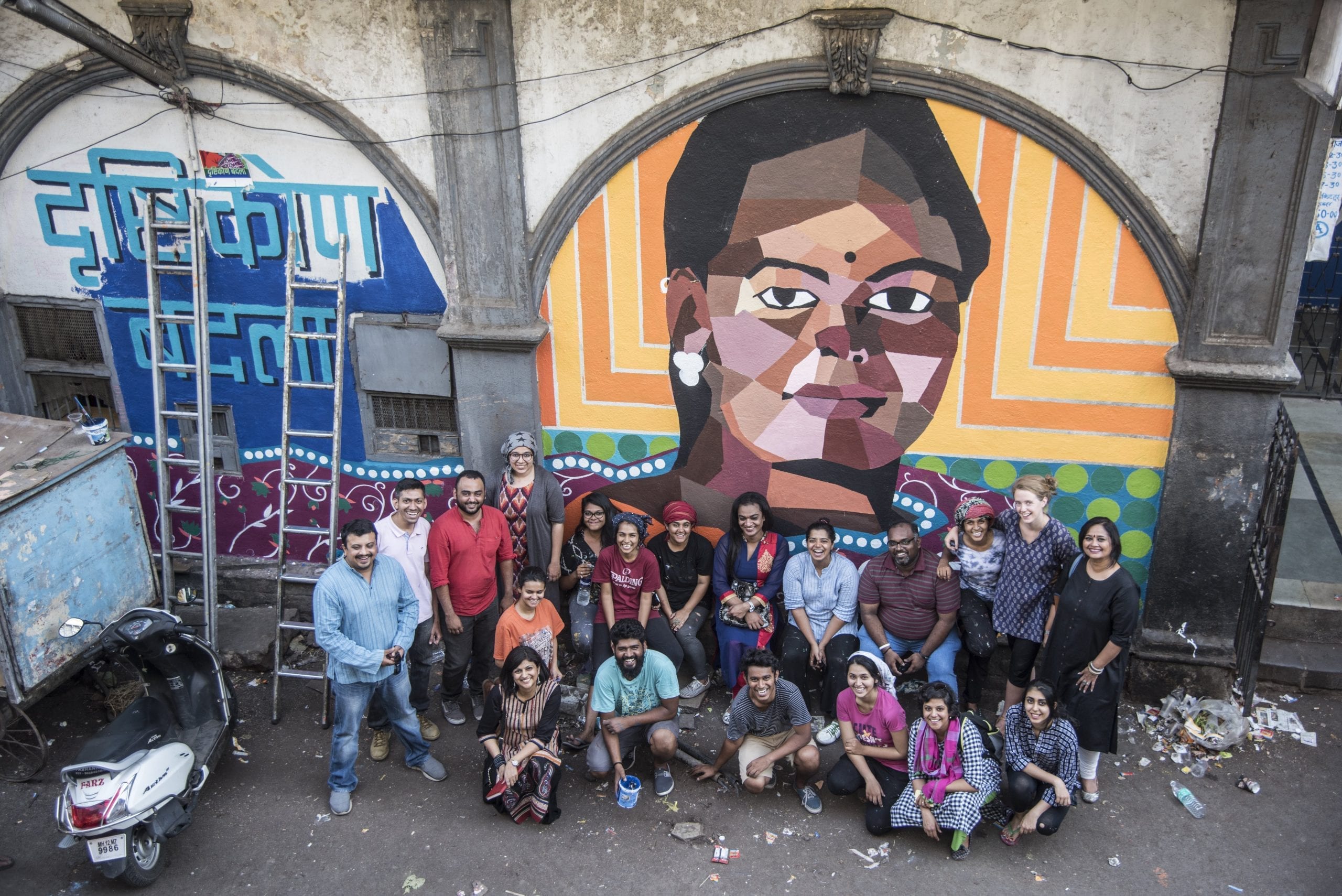 “They (transgender women) were not comfortable with people clicking pictures because they do not want their identities to be revealed and everyone who has done something like this has shown them in a bad limelight.” – PoornimaSukumar on Aravani Art Project in Pune

After successfully completing the Chennai edition of Aravani Art Project, the project’s next stop was in Pune between 19th-21st, May 2017. The Aravani Art Project’s destination was the Budhwarpeth area in Pune, an area where about 250 odd transgender sex workers live. Aravani Art Project partnered with ArogyaSeva and Pune Biennale Foundation to carry out this edition of the project. Unlike other editions of the Project, the Pune edition was one that was full of surprises and challenges. The main challenge faced by the project was in convincing the transgender women to be a part of the project. The community was concerned about being poorly represented in the media.

According to Poormima Sukumar “This project done in the red light area was a little challenging because they were not ready to come out of their familiar areas and paint. It was a little difficult to gain their trust. We miscalculated the time we would spend with them to gain their trust; we thought they would trust us and come out.” 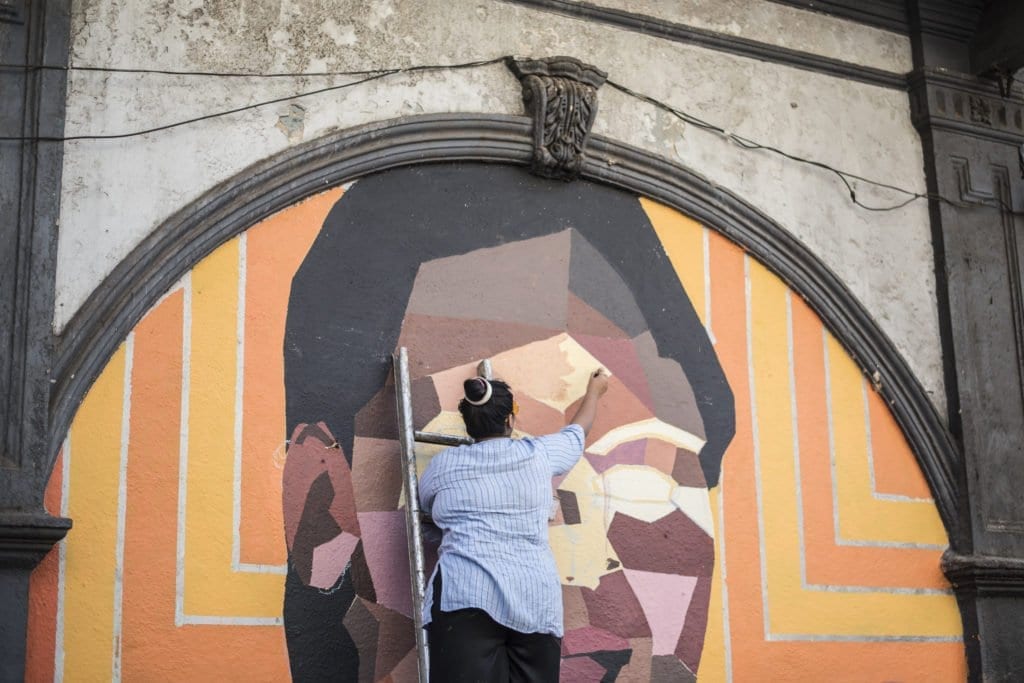 “This was a different ball game, I cannot tell you the atmosphere was so crazy in the sense that they were in the heart of the red light area, and there were men all around. We were painting opposite a bar, We were painting outside a theatre that screened blue films. I do not know how many more layers this could have. We have seen everything possible in these 5 days.”

Amidst the narrow lanes of the red light area surrounded by bars and movie halls that screen blue films are two schools where the children of these sex workers study. The principal of these schools was fascinated with what was going on and came along with a few students to see what was being done. She seemed so pleased that someone actually cared to enter the area and do something for the transgender women. 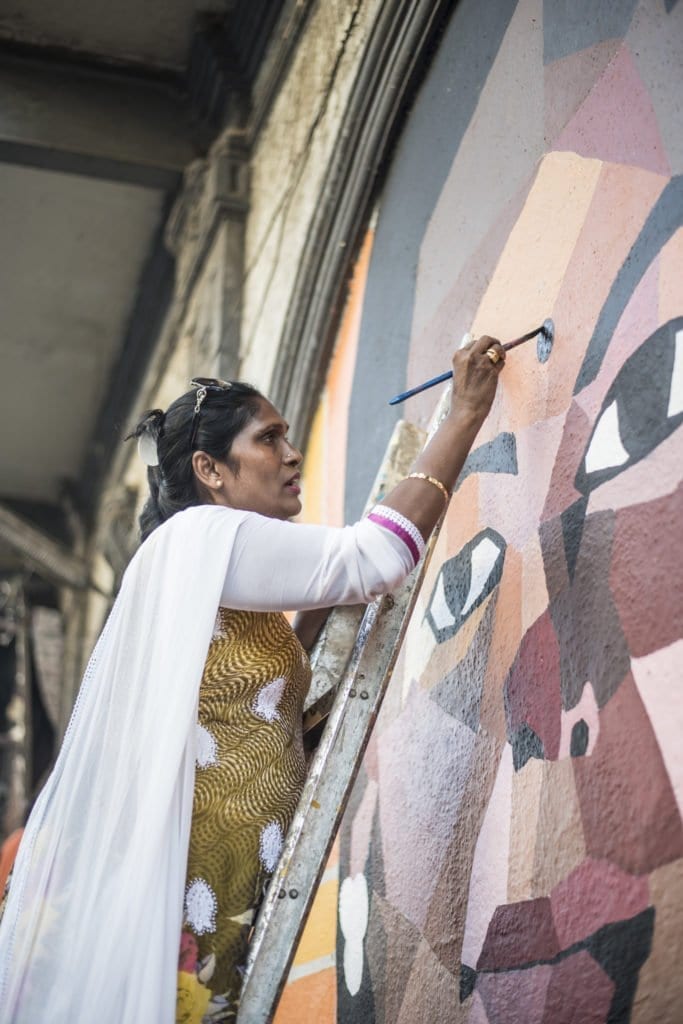 Poormima left Pune feeling that she could really do something for these transgender women. She felt a need for them to feel more accepted by society and for people to change their perspectives towards them. People need to see them like any other human being and not look down upon them.

We drew different, simple things like flowers to paint when we are not there. So we have started a coloring book on the wall. It is like a new project in itself. So I was thinking that every place I go I should draw something and leave it for them to complete whenever they feel like. We have left boxes of paint for them to paint. Everybody is decorating their house, their doors and their windows. I am going to go back and visit Pune, probably next month and see what more I can do over there. – Poornima Sukumar, Aravani Art Project.

A talk with Poornima Sukumar, Founder of the Aravani Art Project.

Through this audio podcast, get to know more about Aravani Community (Transgender Community) and also about the Aravani Art Project.

Marian Dias is a sociology graduate who hopes to start teaching the subject someday soon. Apart from loving outdoor games like basket ball and cricket, she also loves to travel and visit new places.