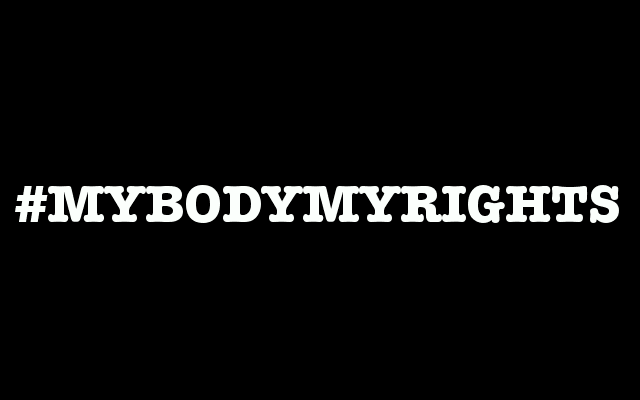 The Supreme Court has upheld the government’s order to link Aadhaar to the PAN number of citizens thereby making it mandatory to file income tax returns. Prior to this verdict, the Government of India had mandated Aadhar for Direct Benefit Transfer for several schemes like Protection and Empowerment of Women-Comprehensive Scheme for combating Trafficking of Women and Children-Ujjawla-Facilities to beneficiaries, Family Planning Compensation scheme, among others. This includes several sexual and reproductive health services involving sensitive personal data.

How safe is Aadhaar for the transgender community?

As noted earlier by Sheetal Shyam, Secretary of Sexual Minority Forum Kerala, most transgender persons don’t work in the mainstream. Due to lack of formal education, most of the transgender women are forced to pursue sex work and/begging. It is worth noting that Anti-vagrancy Act makes begging illegal and the Immortal Trafficking Act makes prostitution illegal in India. Considering that the profession of practiced by most transgenders is illegal, how safe is it for transgenders community?

In spite of the NALSA judgement and the Transgender Bill 2016, transgender persons face different forms of harassment. Earlier in November 2016, Tara, a transgender outreach worker was found burnt outside a police station in Chennai under suspicious circumstances. Also in March 2017, Government of India mandated the linking of Aadhaar number to personal mobile numbers. With this, a unique mobile number would be linked to each unique Aadhaar number identifying each citizen by an Aadhaar number and mobile number. In the light of incidents of violence against transgender persons and the mandate to link mobile numbers to Aadhaar number, how safe is the transgender community? A community of people, many of whom are involved in sex work, be tracked with their mobile numbers? How safe are they with a proof of identification that tracks them with their biometrics? Will it leave them vulnerable to targeted attacks in the future? As an OBC community as identified by NALSA judgement, transgender persons are eligible for all reservations and benefits available to OBC communities. However, it is not clear how safe they are from being identified and targeted owing to the suspicion that there may be about their profession.

While the reasoning for centralization of all this data has been to provide better services to the citizens, there is no way to guarantee the safety of this data. The government has previously denied several allegations on the safety of Aadhar data. However in March 2017, in a letter released by the Ministry of Electronics and Information Technology, the government admitted to instances where personal information “including Aadhaar number and demographic information and other sensitive personal data such as bank account details etc. collected by various Ministries/Departments has been reportedly published online and available through each online search,” as reported by New Indian Express. It is worth noting that there is no privacy law in the country at this point in time. With the cases of violence and discrimination against the transgender community in different spaces and the lack of sufficient security around Aadhaar data, what protects the transgender community from more discrimination with targeted offenses being committed against them? There may be legislation that protects them now, one that wasn’t there before but how accessible is this legal recourse to all transgender individuals? The National Health Policy 2016 also has provisions that specifically address transgender persons. What is the protection assured to them against harassment, once their Aadhaar biometrics and phone numbers are entered into the system to access healthcare? Along with Aadhaar, personal data like mobile number and biometrics will be linked with no legal recourse for data breach. When a crime related to personal data occurs, UIDAI is not under any legal obligation to inform the Aadhaar user. Under Section 47 (1) of the the Aadhaar Act, only UIDAI has the exclusive power to make complaints in case of violation of privacy or data breach.

Incidentally, Mukul Rohatgi, the Attorney General of India had recently said in the Supreme Court – “There is no absolute right over the body. If such a right existed then committing suicide would have been permitted and people would have been allowed to do whatever they wanted with their bodies. The right not to have bodily intrusion is not absolute, and the life of a person can also be taken away by following a due procedure of law.”

Aadhaar: the panacea or problem for identification

Among the other directives listed in the NALSA judgement, was the right to identify oneself as a transgender. With that directive, different government departments and agencies were expected to include third gender in any application form or document issued. It is worth noting that application for an Indian passport allowed the applicants to opt E for Eunuch in the application even in 2005. It was one of the first ‘identification’ documents issued by the Government of India that had the provision for transgenders. However, passport requires applicants to submit other ID and address proofs for application of passport including address and ID proof. One of the major issues that the transgender community has been facing is with respect to procuring identification document in a gender of their choice.

Aadhar was looked at as an easy way to procure proof of identification for groups of people who had no proof of identification when it was introduced. Though Aadhar was supposed to be easy to get, it still requires the applicant to submit proof of address, among other documents. There are two main challenges that they face. Firstly, identification proofs required to apply to get an Aadhaar card, may be in the name or gender assigned to them at birth, one that they don’t presently identify with or use. Secondly, anyone familiar with the issues faced by the transgender community in India would know that finding a place of residence is never easy for the members of the community. Due to the stigma faced, they often accept to living in places that are too cramped and unhygienic. More often than not, the house owners don’t sign a rental or lease agreement with them to evade taxes. The members of the community end up giving in to this demand of the house owners since “there are very few people who give sex workers and sexual minorities a home.”

With no proof of address or identification proof, how then can the community members get an Aadhar? Though transgender persons have the option of getting a valid identification proof by filing an affidavit in the court, it is not an option that is available to all. Inclusion continues to remain an elusive dream!

“Strangers” Want Your Data: So What?