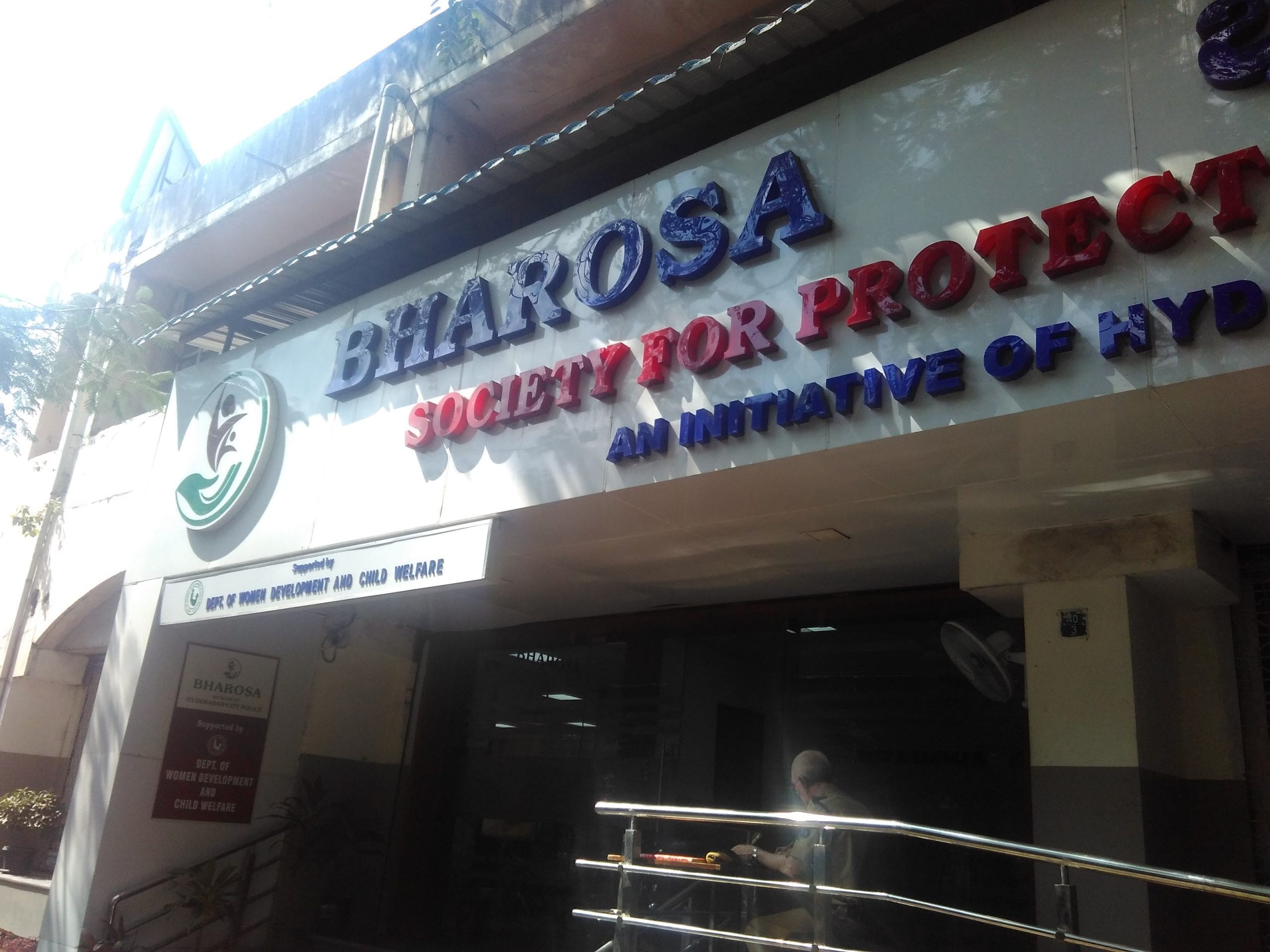 “Bharosa” –Support Center for Women and Children is intended to support women affected by violence, in private and public spaces, within the family, community and at the workplace. It helps women facing physical, sexual, emotional, psychological and economic abuse, irrespective of age, class, caste, education status, marital status, race and culture will be facilitated with support and redressal.

Bharosa also helps aggrieved women facing any kind of violence due to attempted sexual harassment, sexual assault, domestic violence, trafficking, honor related crimes, acid attacks or witch-hunting who have reached out or been referred to the Center will be provided with specialized services.

Bharosa is an NGO working with Hyderabad City Police and the Telangana Government. It works with the Child Welfare Committee. Swati Lakra-IPS Officer is the main in charge of the center. We met  the Circle Inspector who supervises the center. 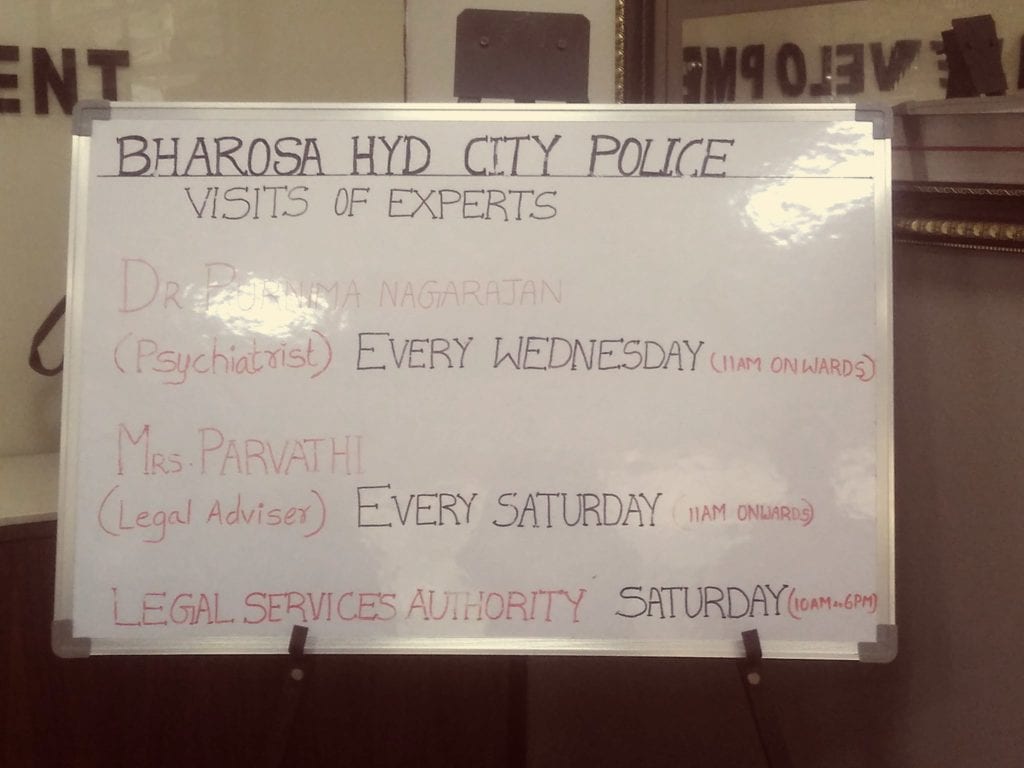 Bharosa also has a room for video conferences where the statements are recorded. Many a times this room is used for recording statements from children who are scared to go the magistrate. After the recording the charge sheet is prepared. The center is well equipped, it has internet. The center also has a medical room where medical check ups are done.

The state has recruited few doctors for Bharosa who also work in government hospitals. They are supposed to  handle the cases. This hasn’t started completely yet, so at present  the Auxiliary Nurse Midwives take the patients to the government hospitals for the examination. All are sent to either Gandhi or Osmania Hospitals. Bharosa also has a lunch room/snacks room where food is provided to the victim and the person accompanying the victim. If the child/victim doesn’t want to go home, then they are sent to the shelter homes.

It is  also trying to get the court building for POCSO cases next to Bharosa so that the children don’t have to suffer.

The same building has another Team called the She Team. This is for the eve teasers, to punish them. There are 63 stations, and each have 1 member from she team. There are 10 teams under she team which takes care of different locality. They stand at bus stops, colleges, any crowded places. They work from morning 6 am to 11 pm. In the team there are 6 people (one female constable, one Sub Inspector, four male officers).

They have spy cameras. If they see any crime they bring the eve teaser to the center (She Team building). If eve teaser is a minor, then they call the parents, give counselling and send them back (after taking the undertaking). If the eve teaser is a major then they take the finger prints, Aadhaar copy and all the details and put it online. By doing this they keep a check on how many times that particular person has committed any offence.  The nature of the crime is checked. If it is related to cyber crime then the person is sent to cyber crime cell. The complaints can be done on calls, Facebook, Twitter, whatsapp.

Bharosa and She Team  has made things easier for the NGO, police and victim. The victim doesn’t have to move around looking for help. Under one roof she gets all the services. There is also a team which works on outreach. There are 6 members in the team. They go to schools and colleges every day. They go speak to the Principle, then talk to the students. They talk about good and bad touch, which all cases should be reported is taught to them (especially to girls).

On principle it looks like a great place which is trying to be more holistic and response in terms of responding to problems related to women. However it still uses surveillance as a model, and are collecting data against anyone who gets caught by the police.

It does understand the concept of “One Stop Crisis Centers” in bringing all the service providers under one roof.