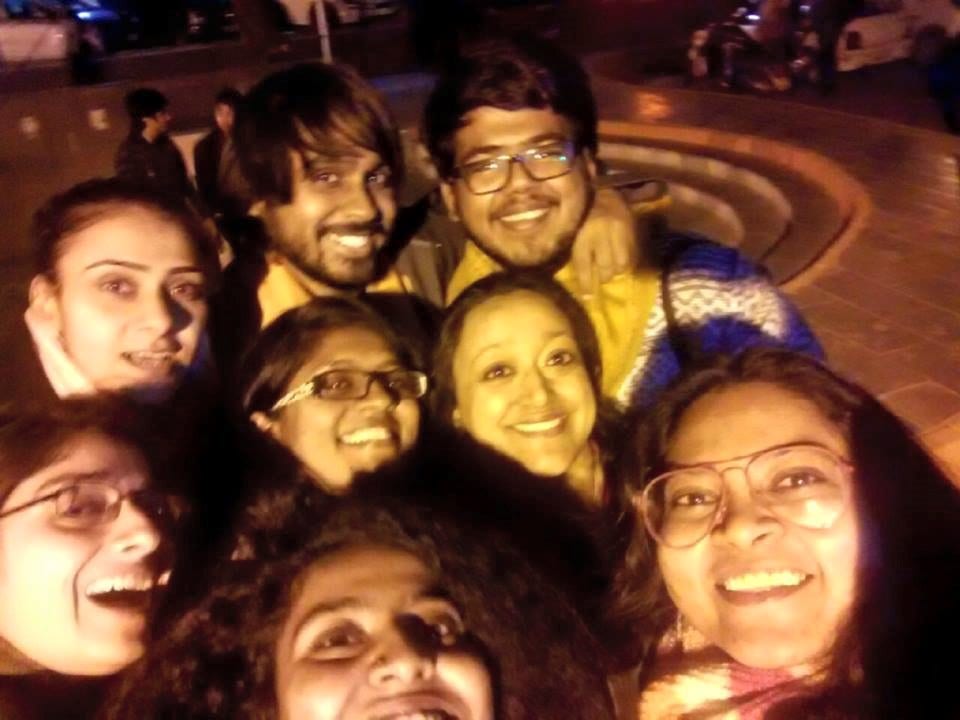 The discussion this time was around Development, Urban spaces and sexual/romantic love.
The main question that formed the underlying theme was – which are the spaces or ‘hidden pockets’ in cities like Delhi where young people can meet and mate in a safe and healthy manner.
Interestingly, this led to a pensive self-inquiry for the participants – we all started to ask ourselves – which are the places that we ourselves would be comfortable ‘loitering’ around with a partner. We realised that spaces that are usually deemed to be democratic such as gardens, parks, historical monuments, etc – are slowly becoming out of reach for a number of reasons. Which include strict monitoring by the caretakers and extreme displeasure shown by them for any amount of PDA. The only places left are the ones which only a handful can hope to access – malls, private parties and the likes.Not just that, there is also a time bound element in this equation. Which got us all reflecting on how our minds have been conditioned to look at certain hours of the day and night as safe or otherwise. We might say a lot of politically correct statements when it comes to women’s safety and their right to be out in the public at all hours of the day, but if a close relative or friend is out late at night, we tend to worry a lot. Strange and scary images run across through minds and this adds to the anxiety we feel. And admitting to this was a big deal for a lot of the participants – because we realized that speaking out about these issues helps us all fight our own prejudices. 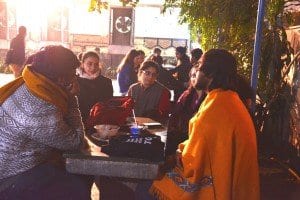 And this also led us all to discuss the importance of images – and how the media plays a HUGE ROLE in the way women’s safety is viewed in the society. The alarmist approach to accessing spaces after a particular hour is no doubt due to the way newspapers and channels report on sexual assaults females face when they are out. Also, there is a lack of information about areas that are safe and accessible to young women at all times. It would be truly great if more stress was given on providing information that can aid women’s travelling than scaring them away from doing so.

Since we all were talking about love, we realized that somewhere places are also tied to how we approach love itself. Were we as feminists, liberal thinkers open to the suggestion of falling in love/lust/being infatuated with someone we might meet in say a bus, metro, auto? Would we be okay if someone who does not belong to the same class approaches us? Are we prejudiced in the way we look at an innocuous subject as love and romance?
At this point, we started talking about how ‘otherization’ happens and if we partake in the process somehow. And why these discussions are important to fight biases in our daily lives. 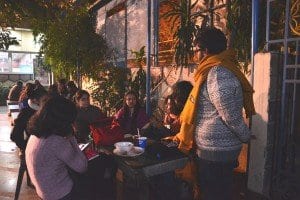 In all, it was a lovely chat with wonderful people willing to open up and have a heart-to-heart about their own experiences.

About the author:
Aindrila Chaudhuri is an engineer who now works as a sexuality educator. She recently started a project called ‘Sex N Gender’, which is a weekly web series on different gender, sexuality and body image related issues.

© The copyrights rights of the images belong to Pallavi.