In view of the different challenges and stigmas faced by persons with psycho-social disabilities and the need for an open conversation at the intersection of gender, sexuality, psycho-social disabilities and sexual rights, Pleasure, Politics and Pagalpan, a two day conference on sexuality, rights and persons with psychosocial disability is being co- convened by Anjali and ARROW (The Asian-Pacific Resource and Research Centre for Women) with support from CREA to be held on May 13 and 14, 2017 at the Taj Gateway Hotel, Kolkatta.

Further, according to ‘Treated Worse than Animals’, a report on India by the Human Rights Watch, medication is often forced on women and girls with psycho-social disabilities to keep them in check ie within what is considered ‘appropriate behavior.’ The report also notes the common use of physical, verbal abuse and sometimes even sexual abuse in different mental health institutions in India. Fearing the medication and abuse, people admitted in these institutions never voice their concerns. Though the Mental Health Bill was passed in the Lok Sabha in March 2017, the Bill does not address the sexual health or sexuality of persons with psycho-social disabilities.

“Anjali tries to move away from the medical model because we believe that psycho-social issues or any kind of emotional distress cannot only be a result of your clinical condition. The social factors also responsible for the suffering that the person might be going through. Keeping both the aspects in mind, we support the practice of rational medication clubbed with alternative interventions as opposed to the pill-popping culture. The kind of environment that you are living in, the kind of issues that you have to deal within your family or your workplace or society at large may serve as triggers that lead to a ‘meltdown’  or to a point when you have to admit the person to an institution. As much as the psychiatric perspective is important, the social perspective is also important and that needs to be brought into the discourse,” explains Sen.

Understanding the intersectional conversation on psycho-social disabilities, sexuality and gender requires a deeper understanding of policy, law, culture, society, history, economics and politics. The conference on May 13 and 14, 2017 at The Taj Gateway Hotel, Kolatta will also delve into these different perspectives.

The practice, concerns and dilemma dealing with sexual expressions by persons living with psycho-social disabilities need to be discussed before addressing them for solutions. Issues around sexuality, gender, psycho-social disabilities have come up before. It is important to know how institutions have already formulated a way to deal with them. Social activists and psychiatrists will discuss the concerns and dilemmas that they face to get an idea of the kind of issues that have come up and the temporary solutions provided.

“In order to explore and articulate pleasure, danger, eroticism and fantasy, we wanted subject experts, who have been engaged with this dialogue for a long time. On the panel we have with us, feminists, queer individuals, writers, a kinky activist, a film maker and a member of National Mental Health Policy Group.”

Though often forgotten or ignored, any discourse around sexuality will be incomplete without taking into consideration the perspective of the queer community. Section 377 of the Indian Penal Code criminalises homosexuality. This questions the sexuality of all from the queer community which subsequently leads to several psycho-social stigmas that the community faces. The conference will also delve into the issues faced by the queer community -including queers’ being looked at pathologically- the psycho-social disability label of people with different orientation, the coping mechanisms of queer people with psycho-social disabilities, implications of these stigmas, among others. The session will focus on addressing the queer and LGBT community. 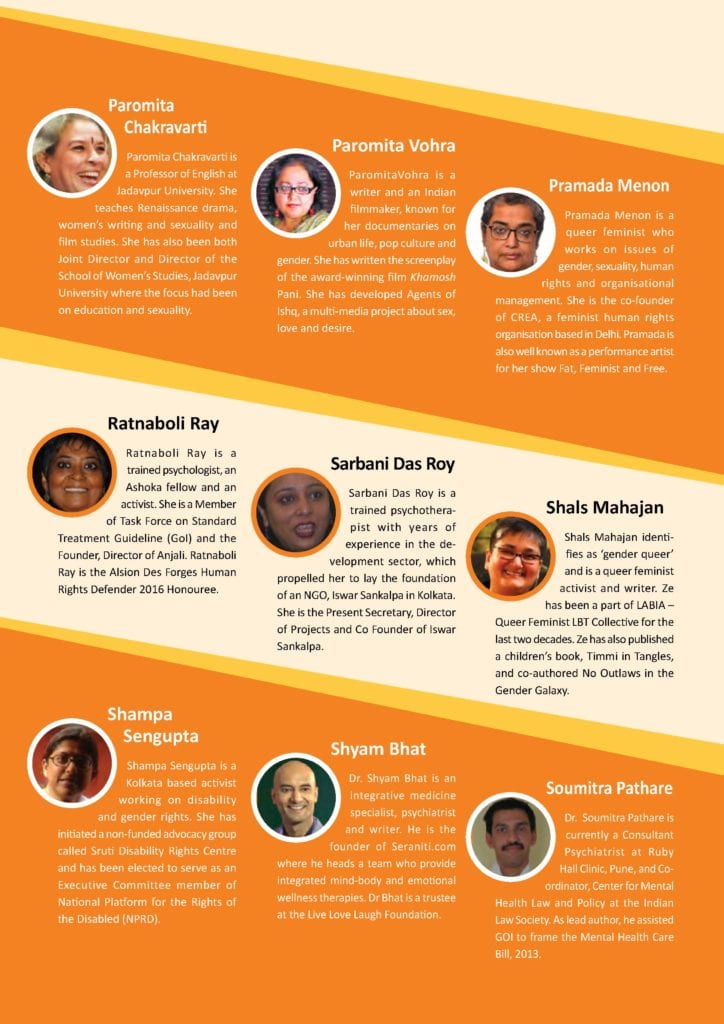 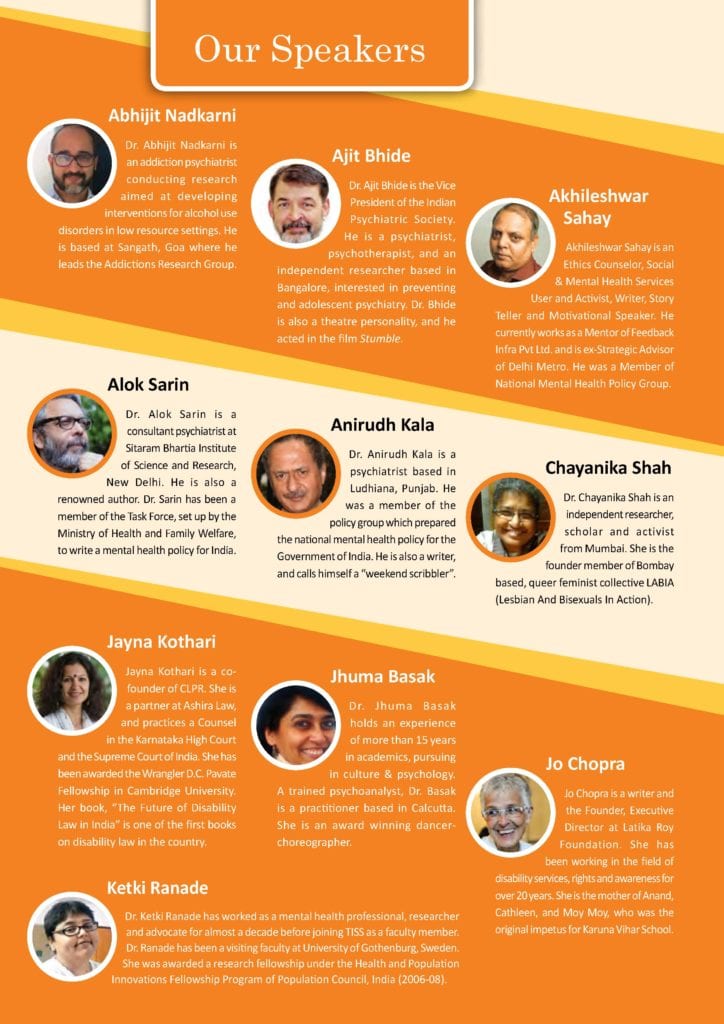 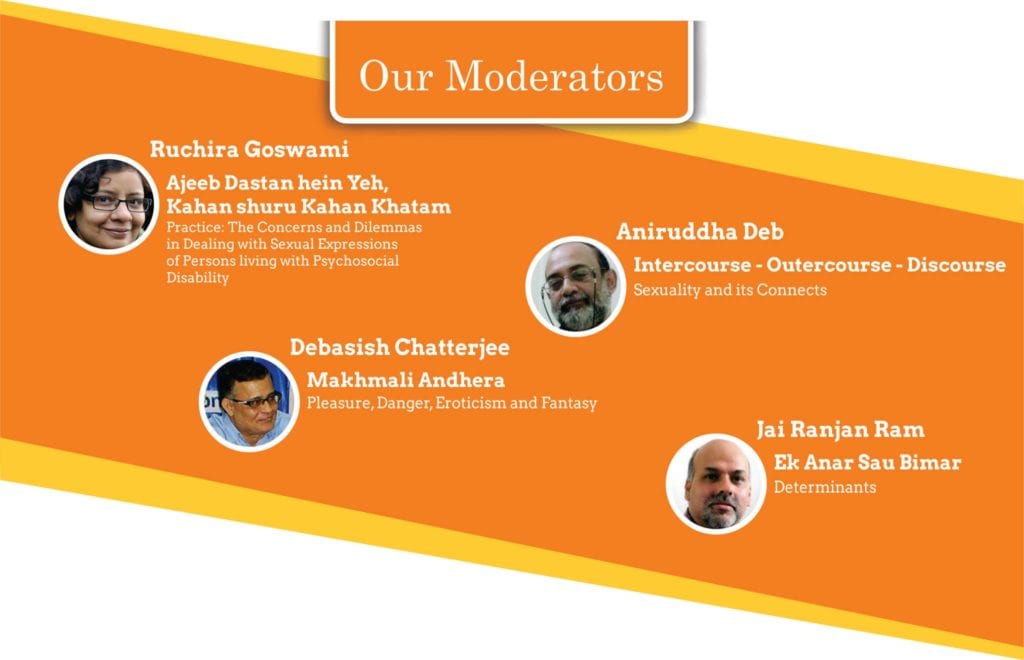