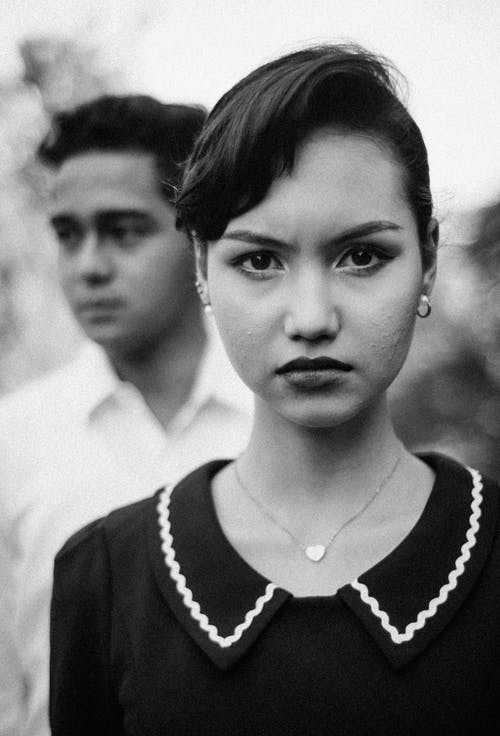 Hello. I just wanted to share the story of the most traumatic event of my life in the beginning of 2017. I feel like other people could benefit from this and not make the mistakes I made.

I was just beginning to be sexually active and ended up having unprotected sex on multiple occasions because I wasn’t aware of the absolute necessity of condoms.

On the times were ejaculation was done inside me, I took an emergency contraceptive pill, thinking I would not be pregnant.

However around New year’s I started feeling a dull pain around my abdomen and the area between my vagina and anus (perineum) but I ignored it for about a week. A friend advised me to test myself for pregnancy. When I took the test, It was positive. I was aware or hopeful that an abortion is a relatively easy procedure, so I went to a gynaecologist to get it. It was fortunate that the gynaecologist was an experienced, non judgemental person. She asked me to get an ultrasound and a HcG Test done. I paid her one thousand rupees but in retrospect I’m thankful that I spent that money on a gynaecologist like her instead of procuring abortion pills from somewhere.  I got a total of four different tests for HCG done, in three different places. And only the third time, at a super speciality hospital they were able to fully confirm that it was an ectopic pregnancy.

I was 18 and had no way I could tell my parents about it. I used all the money (around 20k) getting various tests and ultrasounds done and due to the incompetence of the earlier two clinics and the third hospital became very expensive for me.

The last hospital wanted to admit me asap as an ectopic pregnancy at the stage I was in (6-8 weeks) could be life threatening. However I didn’t have the money that they were demanding, and there was no way I could get it, without telling my parents. Calling my parents  was the hardest part. Finally I called my father and told him about it and he asked me to come home and said that he would get me admitted in AIIMS. He sounded calm, maybe because he was at work.

I came back home my father’s calmness went away and he just became apathetic. My mother delayed taking me to the hospital because she wanted me to suffer and feel pain.

According to the diagnoses the fetus had attached itself in my right fallopian tube and because of the pressure the tube had burst. I had severe bleeding in my uterus and pain.  It was very difficult for me to walk even.

My parents did not take me to a hospital for another two days. Due to my friends persuasion and because the pain was unbearable, my mother took me to another hospital, where I waited for several hours as they had very few beds/ very few doctors. There was a lady waiting along with me who was in her third trimester whose child had stopped moving and was probably dead but her husband and mother in law were extremely casual and apathetic about it.  Of course, the milieu was traumatic and added to my overall mental state. At various points I kept thinking about killing myself.

The hospital did not have the infrastructure to deal with a case like mine so they sent me to a big hospital. There I was admitted in the emergency ward. The hospital treated me with very little empathy and my mental state severely deteriorated, but at least they were quick and efficient unlike the other private clinics. They decided to operate on me, to perform a selpingectomy via a laproscopy. It was done on the 20th of January.

The medical emergency/problem was taken care of, but the lasting impact it had on my mental state hasn’t been taken care of till now.

My parents still remember what had happened and are cold towards me, not understanding the excruciating pain I had to suffer through all this. My mother once blamed my ‘character’ for my sister getting home late and tried to stab me in the stomach and I injured my hand trying to defend myself. There was blood everywhere. Even after the surgery, I have what are probably adhesions that are quite painful on some days.

For a very long time, I didnt want to go to college or anywhere at all, even now I have terrible anxiety and I have fucked up my graduation because I wasn’t able to concentrate on my studies at all.

The lack of support from my parents made it worse. I have become a different person now.  Sometimes I remember how alone I felt going from clinic to clinic trying to know what was wrong with me, and just not having the energy to do anything but still having to go out to put an end to the pain. I didn’t know how dangerous an ectopic pregnancy could be, and I have realised that there is very little awareness generally amongst people. This is cathartic for me, and even after close to two years of the incident, even though my mental health has started to improve, I feel phantom pains in my abdomen and am terrified of anything going wrong with my reproductive parts, even something as simple as a UTI send me into the same spiral of depression. I break down very often in frustration. I recently had a yeast infection and it immobilised me. I feel afraid to discuss these problems with my mother, even though our relationship has improved. I cannot stand the thought of needles and I’m afraid of blood from my vagina.

I understand that an ectopic pregnancy is just a medical condition. However the way I was treated and because of lack of support of any kind, as well as the desperation and pain I had to be in for days  have probably traumatised me forever. Added to that was the hopelessness, I didn’t know what to do at all.  Until my friends intervened with my parents, I didnt know if I  would even survive.

Thank you for reading this. I’m much better now but still the slightest of problems sets me on the same path. Abortion and pregnancy termination of any kind shouldn’t be this traumatic.  I really hope people like Hidden Pockets Team will be able to bring about a change 🙂

Editor’s note : We are extremely grateful to this person who shared her story with us and wanted to ensure that nobody should feel lonely and should go through what she went through alone.

Is It Difficult To Get An Abortion With Covid19 And Pandemic?

Where to find an abortion clinic in Shimoga near me (Shivamogga)?